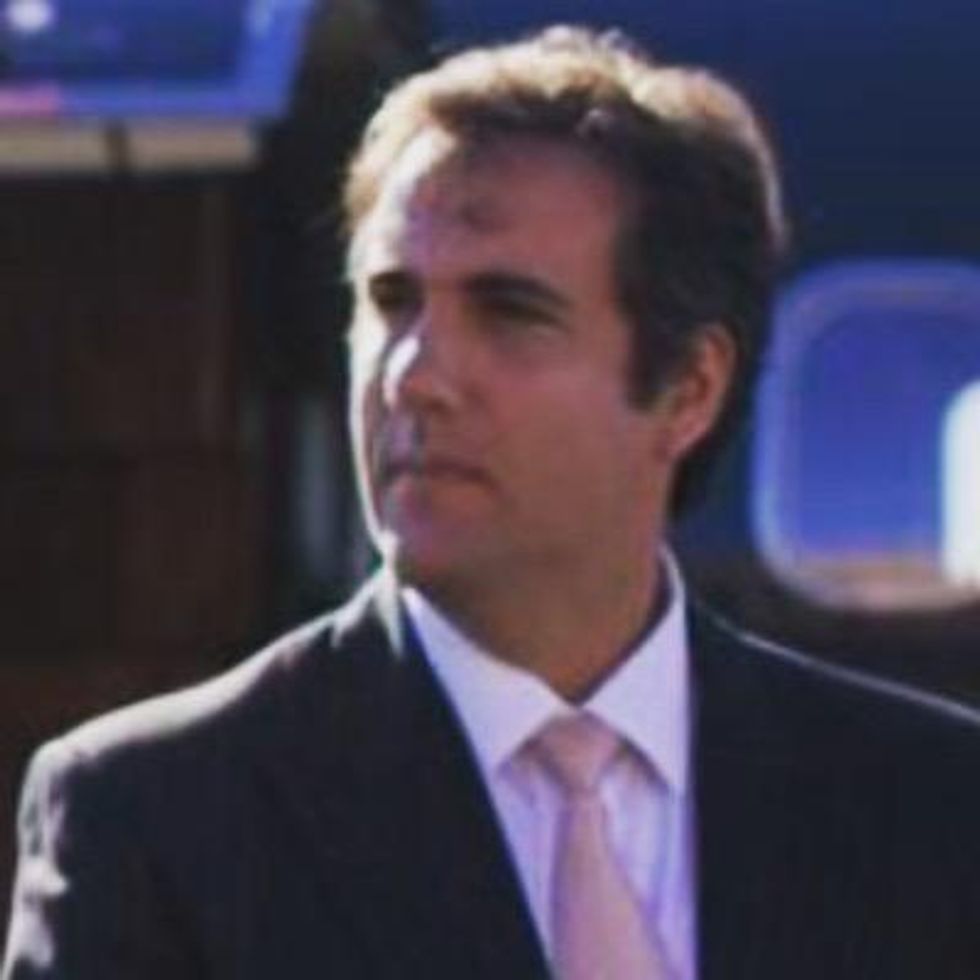 Okay, maybe not THAT MUCH. But we love you a lot, so please send us a Valentine!

Now that we've all finished LOLing at Michael Cohen's statement that he paid off Stormy Daniels out of LOVE for Donald Trump, it's time to talk about the mountain of shit that genius just waded into.

To start with, let's just pretend that we believe Cooley Law School's most distinguished alumnus. Okay, Michael. You really did pull out your personal checkbook and write a check for $130,000 to Stephanie Clifford, aka Stormy Daniels. Fine.

Just wondering, Boychik, did you disclose it on your 2016 tax return? Because unless you and Donald Trump are secretly gaymomarried, the most you could have given him in 2016 without triggering gift tax reporting was $14,000. Did you mention that $116,000 to the IRS? And if it wasn't a gift, did Donald Trump pick it up as income on his 2016 tax return? Inquiring minds want to know!

(We've seen some people saying it was a "gift" to Stormy D herself. But they had a contract; he paid and she kept quiet. Which doesn't look like a gift to us!)

Or was it a campaign contribution? Bet the campaign was grateful that Stormy wasn't out there in October 2016 talking about spanking the candidate with Forbes magazine. Not to mention the shark stuff! But we can't help noticing that the individual limit on personal contributions to a general election campaign is $2,700. Which is ... a lot less than $130,000! Hey, remember that time when John Edwards got indicted for taking off-the-books contributions to keep his pregnant girlfriend hidden? WE DO.

And lest we forget, Wonkette's own Evan Hurst told you just this this morning how it violates legal ethics for a lawyer to advance money to his client. Here, have a nice splainer from the New York State Bar Association to top it off.

But, if we're being honest, Michael, we don't believe you. We actually think you're full of shit! For one thing, you funneled the payment through a Delaware LLC and had Daniels/Clifford sign under the pseudonym "Peggy Peterson." Then you denied it for weeks, only admitting it after Citizens for Responsibility and Ethics in Washington unearthed all those interesting payments from the campaign to Trump Org.

And then Common Cause filed a complaint against you with the Federal Election Commission for making an illegal donation and violating campaign finance laws.

So, you'll forgive us being suspicious, but it sure took you a long time to come out with this very carefully worded statement.

In a private transaction in 2016, I used my own personal funds to facilitate a payment of $130,000 to Ms. Stephanie Clifford. Neither the Trump Organization nor the Trump campaign was a party to the transaction with Ms. Clifford, and neither reimbursed me for the payment either directly or indirectly.

Huh. So did you get a personal check from Don Jr.? An extra-large care package containing $130,000-worth of Trump steaks, ties and wine? A deposit in a Swiss bank account from a friendly Russian oligarch? Did you get it from "Bunny" Mellon? (Deep cut for the oldtimers! HVD!) And what exactly does "facilitate" mean?

Well, however you got the money, we do hope you didn't recoup it by padding your receivables after the election. Because that would be billing fraud, and the State of New York does not look kindly on that sort of thing.

Anyway, we're sure you've got it all under control, Michael Cohen. You've been a bag man for a long time -- "I will always protect Mr. Trump" -- so we're guessing you've thought of everything. Have fun with Robert Mueller and NY Attorney General Eric Schneiderman! We're sure you'll run rings around 'em!

Please send us a Happy Valentine's day card with some sweet Amero love in it!