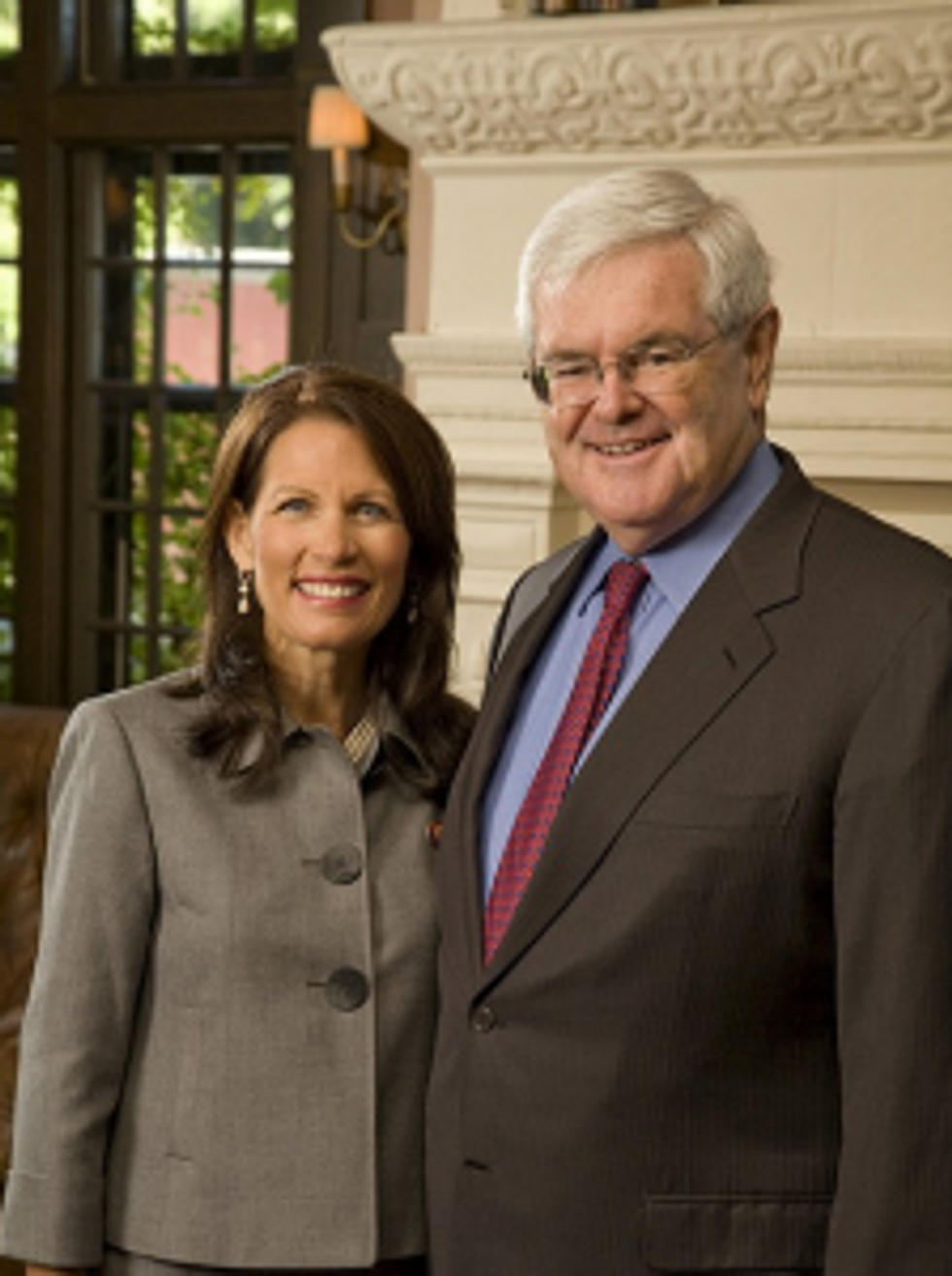 OMG you guys, do you know who's trying to politically destroy our beautiful Minnesota CongressmodelMichele Bachmann this week, besides everyone who isn't wearing an American flag somewhere on their person? It's Walter Mondale, former vice-president to Jimmy Carter and 1984's Democratic wannabe president. Is Mondale a secret sexist?

Not really! Back in ’84, he overlooked Geraldine Ferraro's emotional fragility and inability to lift very heavy objects, and made her his vice-presidential sidekick. And now he's supporting Bachmann's Democratic challenger, Tarryl Clark, who is also a lady, though with a more ambiguous name. Mondale is totally down with the fairer-sex types.

And he seems to be doing the predictable thing by helping out his team, right? WRONG. In Bachmann's saucer eyes, his involvement equals more MICHELE BACHMANN DESTRUCTION on the make, as she writes in her latest e-newsletter/solicitation for cash-money:

Vice President Walter Mondale is now joining with Nancy Pelosi making me the #1 target for defeat this election year!

The tax-and-spend liberals are coming out of the woodwork in support of my left wing opponent. Walter Mondale, Jimmy Carter's Vice President, who pledged to raise taxes in 1984 when he ran for President against Ronald Reagan is only the latest liberal to paint a bull's-eye on my back.

Well the former Vice President can get in line!! Behind Nancy Pelosi, Harry Reid, President Obama, Big Labor Bosses, Pro-abortionist like NARAL and all the other left-wing, tax loving politicians and organizations gunning to defeat me this election.

I know I have said this before, but I cannot stress enough to you that I am the left's top congressional target this year, and they will do anything to defeat me.

"Anything" apparently means getting 82-year-old historical account-reading, fishing, barbecuing Mondale to support her opponent Clark. If that isn't sinister and bold and trickstery, then nothing is.

But what's really unfair is that Bachmann is all alone in her quest for victory:

[W]hile my opponent relies on liberal icons like Walter Mondale, I can only rely on the generosity of grassroots conservatives like you who are fed up with the Pelosi/Obama agenda.

"Grassroots conservatives" means poor schlubs like Newton Gingrich, seen above, who is so poor that he lives in a one-room shack made entirely of Altoids tins and heartbreak. [Michele Bachmann's website/Tarryl Clark's website]