Michele Bachmann Is An 'Expert' of Laws 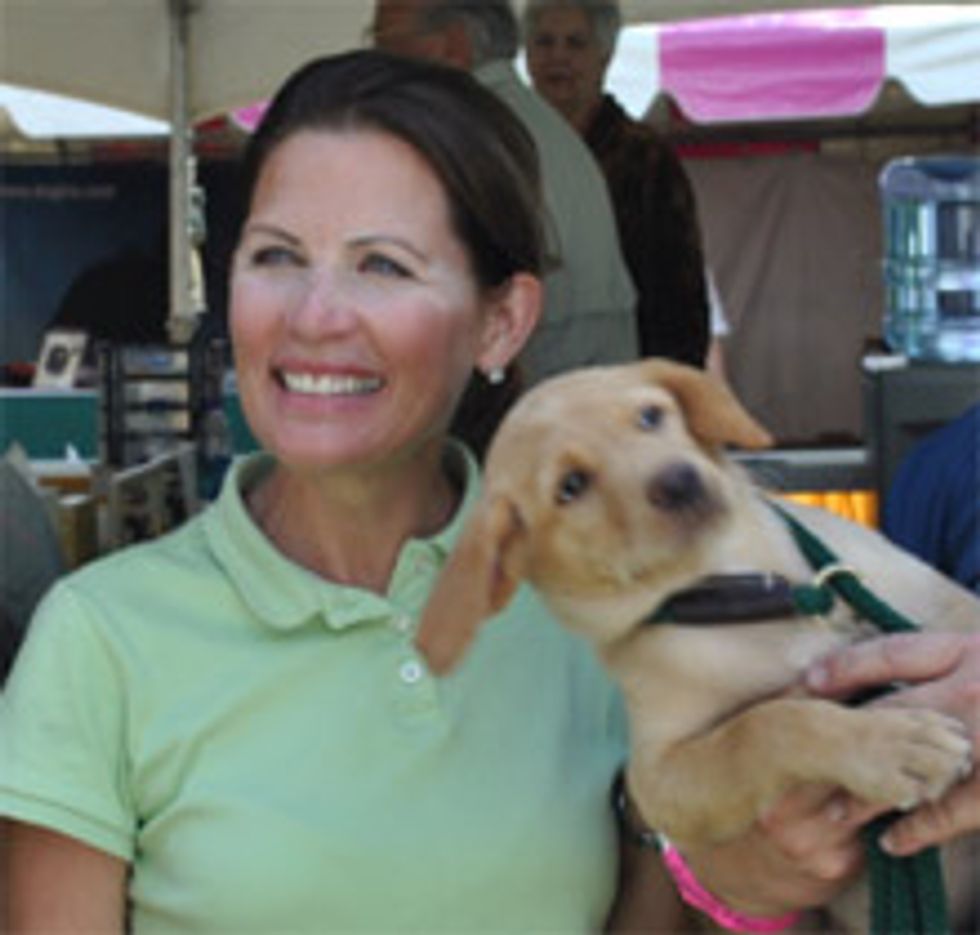 Former New Jersey judge Andrew Napolitano, host of Fox Business News's Freedom Watch teevee program and an expert himself on the civil rights of sheeple, invited the magnetic Minnesotan Michele Bachmann to appear on his show -- just so he could say that she's not only an "outstanding and outspoken member of Congress," but also a "well-known expert on the Constitution." Bachmann, looking chic in a ponytail and showing off her toned arms (take that, FLOTUS), agreed.

The constitutional scholars at Media Matters got the clip:

Bachmann studied charismatic Christian laws at Oral Roberts University, and also regular old American tax laws at the College of William and Mary, so she is basically a younger Sandra Day O'Connor sans Arizona accent. Maybe she should be running for judge of something, like traffic court, instead of Congress? And also hosting her own Judge Judy-like teevee show, where she tries other Congressional reps for crimes such as "illegal distribution of wealth" and "supporting known terrorist organizations" like AmeriCorps. [Media Matters for America]