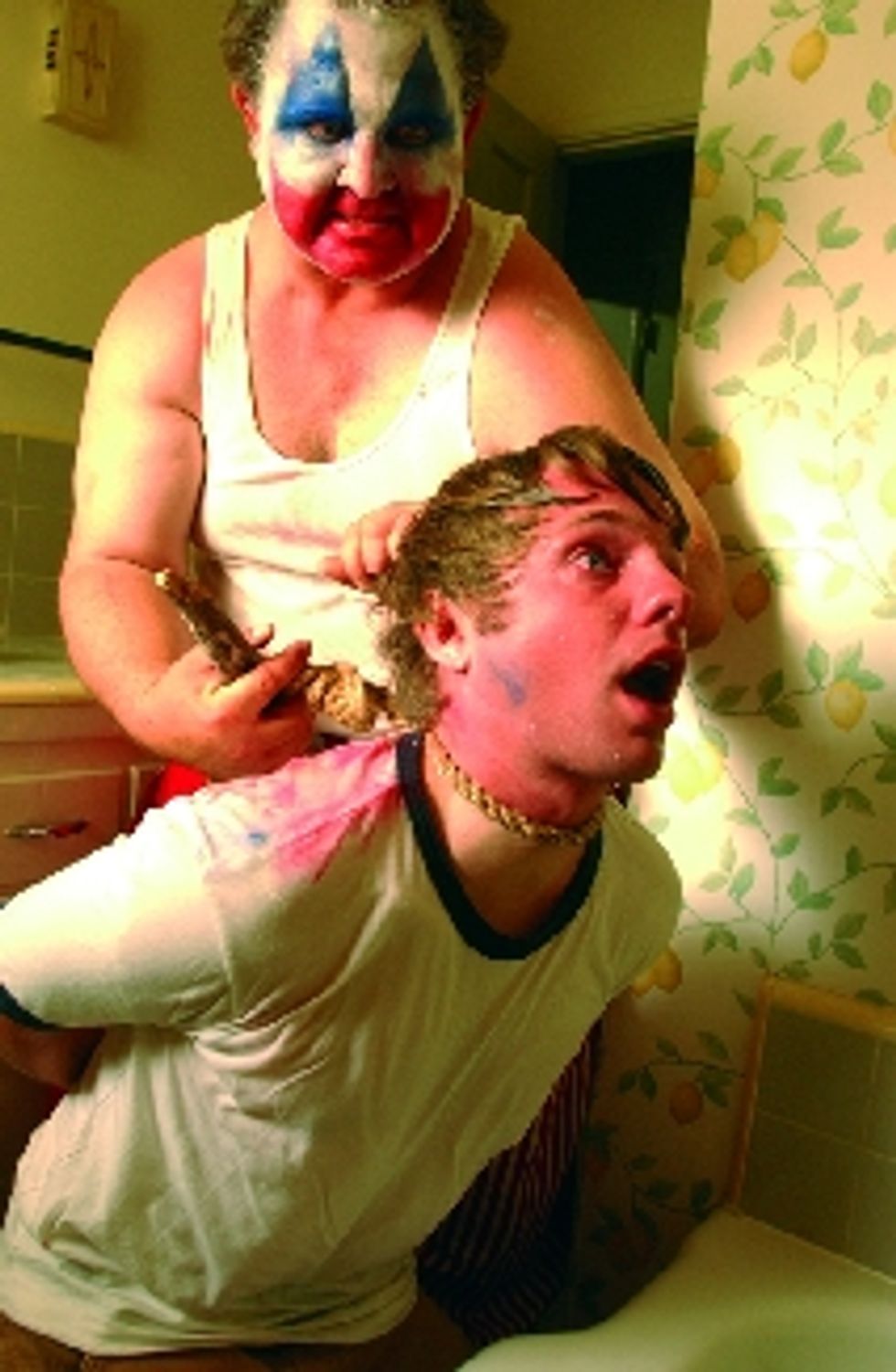 Ridiculous clown Michele Bachmann officially launched her 2012 presidential campaign today in Waterloo, Iowa -- where she paid tribute to another clownfrom this small Iowa town, psychopathic homosexual serial killer John Wayne Gacy. Why does Bachmann love the freakish monster known in American nightmares as the Killer Clown? Maybe because John Wayne Gacy loved dressing up as a circus clown and being around lots of kids, just like Bachmann! Really, this is what she said, except she apparently thinks the "John Wayne" from Waterloo, Iowa, is the iconic Western movie performer. Let's roll the video from Fox News, and laugh together.

If it's not funny enough that Michele Bachmann is running for president, and that she's a crazy person who cannot stop the different voices in her head, and that she's actually launching her campaign in a place called Waterloo, then we should all thank the Comedy Gods that she also told a teevee news reporter how much she loves "John Wayne," perhaps the most famous (infamous?) person to even call Waterloo home:

The actor later known as John Wayne was actually born in Winterset, Iowa. [Via Mike Riggs]