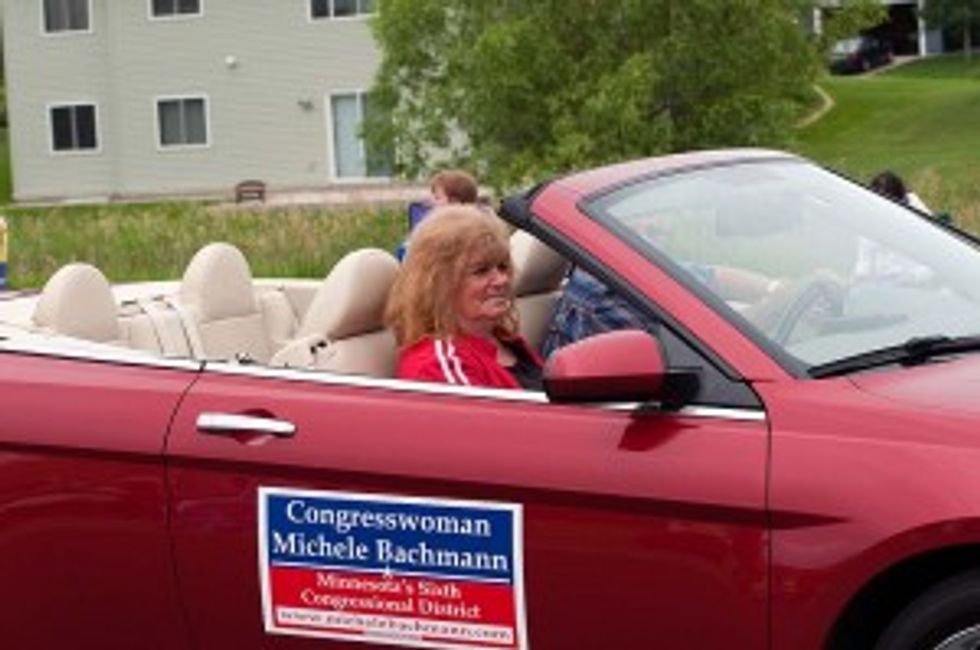 It is arbitrarily time once again to dust off one of our favorite 2011 primary season word games, What the Hell Is Michele Bachmann Talking About, starring everyone's favorite low-hanging Republican fruitcake. What have you got for our players today, beloved Minnesota state loon? Let's jump right in and have your thought fragments on Barack Obama's mild new proposal to boost oversight of oil futures trading in an attempt to address high gas prices: "This is just about waving a tar baby in the air and saying that something else is a problem." Shit, it's a tough one. So... let's say "this" refers to the attempt to lower gas prices, and although there is no indication of who is the idiot madly "waving" derogatory terms around "in the air" we think she means "Obama," since he is a racist. The rest of the sentence, "saying that something else is a problem," is such a preponderance of vagueness that it is like a multivariable calculus equation with a wide variety of possible solutions that all make your head hurt. We really have no idea. Your checkmate again, Michele. Let's have another!

How about the next sentence from the same interview:

"I have never seen a more irresponsible president who is infantile in the way that he continually blames everyone else for his failure to first diagnose the problem and second to address the problem. It's always everyone else's fault."

There we go, a much easier one. Silly Obama, she is saying, always blaming "everyone else" when we all know that it is only homosexuals who are to blame, for anything. [The Hill]