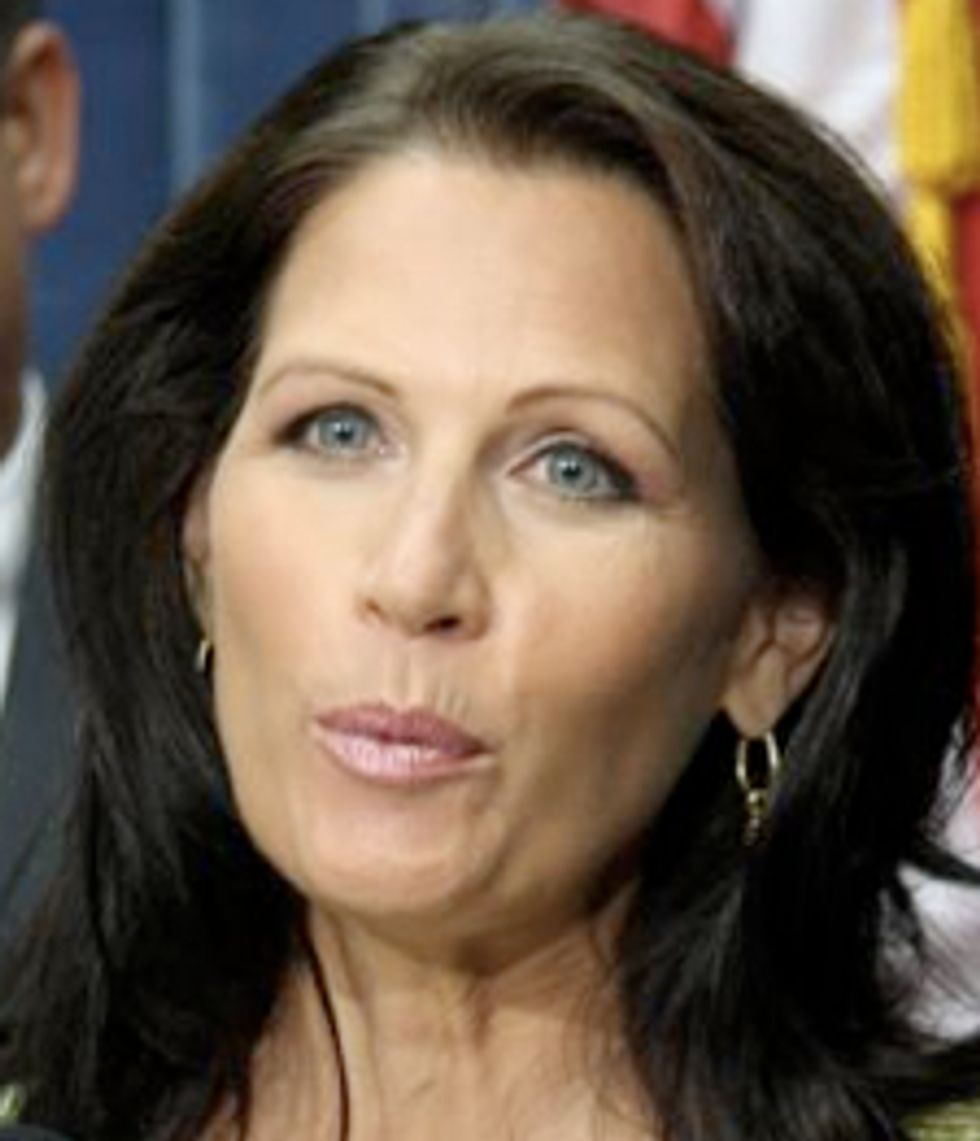 Important World Net Daily provocateur Drew Zahn has written thepuff piece from Hell about psychotic Minnesota Monster Michele Bachmann, and you must read it, to be informed about politics. The fappery begins like so: "She began her political career simply, as a Christian mom concerned about the content of school papers her children brought home in their backpacks, but today she has become one of the leading defenders of liberty and conservative principles on Capitol Hill." You had us at "Christian mom," Zahn! But anyway, when will she be president?

Finally, WND asked Bachmann if she could see a day when the candidate who began her political career in jeans and a holey sweatshirt would one day run for the presidency.

"If I am called to serve in that realm I would serve," she concluded, "but if I am not called, I wouldn't do it."

This is just how George W. Bush became president, right? "God" (his dad's friends in the oil business) asked him to do it? Well. Let's see if God can keep His mouth shut this time around. Not everyone can tell when you're joking, God!