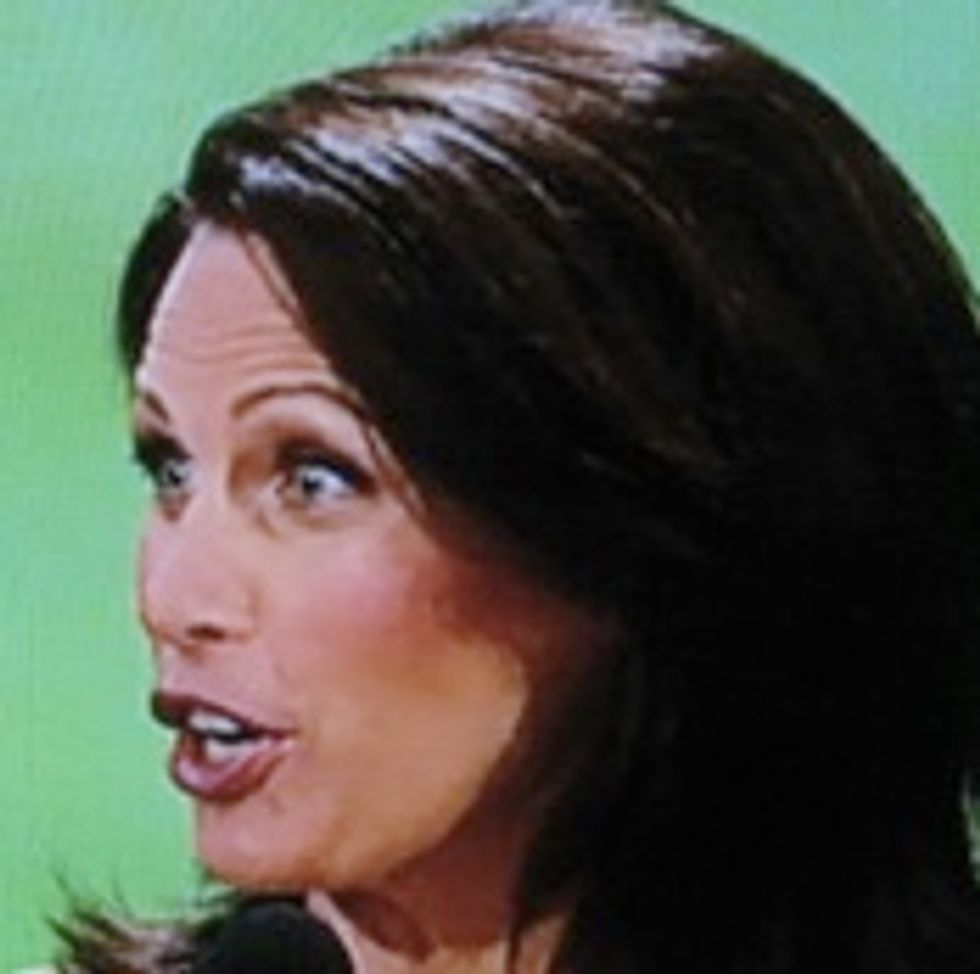 Dingbat embarrassment Michele Bachmann hasblabbed her way into a losing battle to keep her congressional seat in Minnesota's 6th District. The new polls are out, and they say Batshit Bachmann is down three points. The sixth-level druid Elwyn Tinklenberg now has the lead, 47%-44%. Magic is everywhere.

But a bitter Bachmann foe from the 2006 GOP primary is claiming 6%, as an independent. Considering Michele's seat was totally safe a week ago, this is all incredibly hilarious. She was even a special prime-time speaker at the RNC convention in St. Paul last month!

And now the GOP won't even pay for her teevee commercials. Oh how the nuts have fallen. [Survey USA]