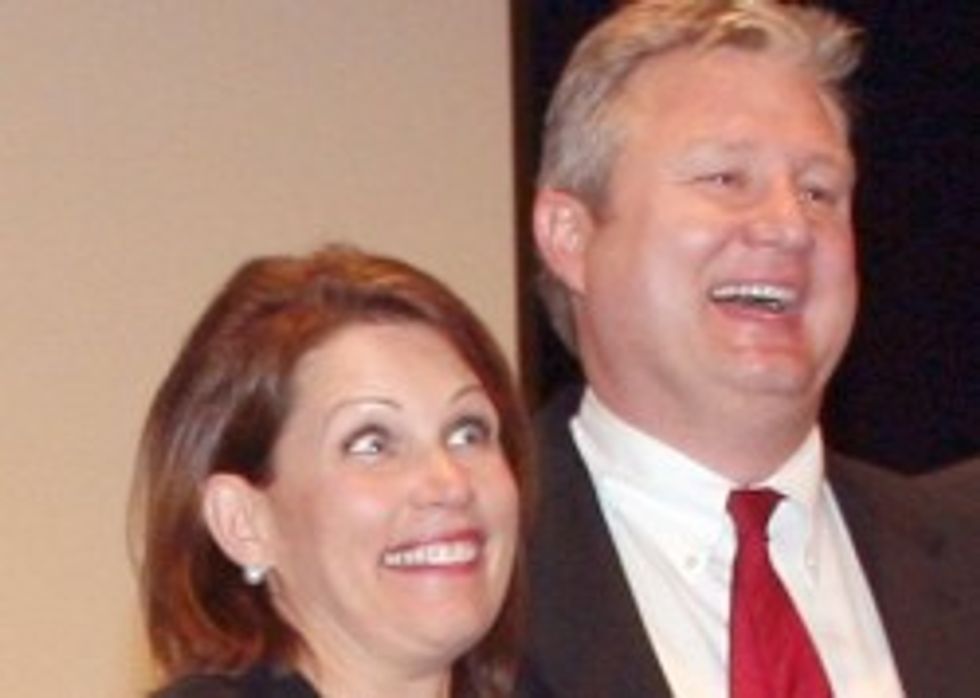 Epic head case Michele Bachmann's entire New Hampshire staff has resigned en masse because she refuses to focus on the state, althoughreports saying that Rick Perry's campaign is already busy pilfering some of them indicate this is mostly due to her being a blathering loser. She is such a loser, in fact, that the roaming liberal hippie mobs of San Francisco did not even bother to wander over and chant some godless queerness at her when she visited the city on Thursday, even for old times' sake, for fear of catching a boredom-induced coma.

Critics say the lack of any protest at Bachmann's Commonwealth Club appearance Thursday is a sign of the fading relevance of her campaign. The winner of the Iowa Straw Poll has just 4.8 percent support in the latest average of major polls by RealClearPolitics.com - sixth among the eight GOP presidential candidates. Former Godfather's Pizza CEO Herman Cain is the front-runner with 26 percent.

"Maybe people are waiting for Herman Cain to come to town," said Tenoch Flores, a spokesman for the California Democratic Party.

Or maybe they are waiting for the dry cleaning to be finished, or for some grass to grow, or for the warranty on their blenders to expire. All are more fun than waiting for Michele Bachmann. [CNN/SFGate]