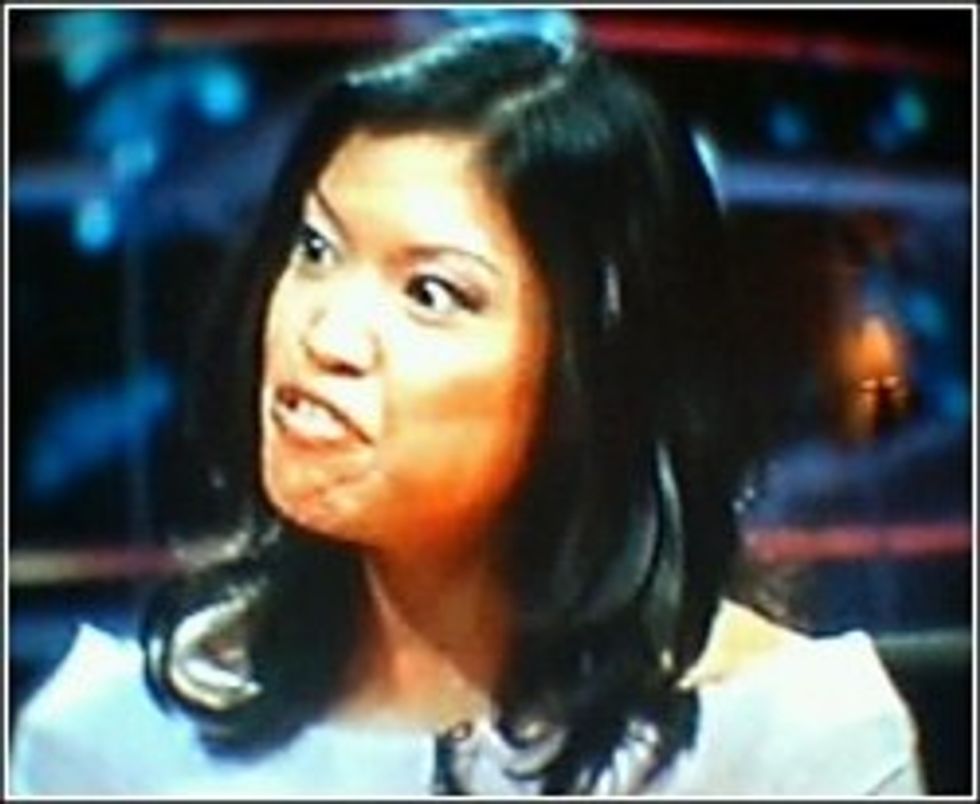 A security guard at the building of the Family Research Council in Washington, D.C.,was shot today. After the Dark Knight mass shooting in Colorado, the Sikh Temple mass shooting in Wisconsin, and yet another in Texas, it is time we as a nation took a step back and realized who the real victims are: conservatives.

Michelle Malkin's bullshit Twitter site, Twitchy, is aggregating "leftist hatred" (read: things from assholes who have 17 followers) about the shootings. When prior shootings happened, Malkin took to the airwaves to denounce "blame righty" syndrome, because it is unfair to politicize inexplicably terrible tragedies.

Luckily, the victim at the FRC shooting only got hit in the arm, so, um, game on!

Without boring you with reposted tweets from a Twitter-reposting site that Michelle Malkin then re-re-posts on Twitter again, thereby completing the circle of life and awarding her complete control of Pride Rock, here is the crux of the Twitchy post:

@SomeConservativeDoucheWithAJobAtCNN: This is all liberals' fault because the SPLC labeled FRC a hate group. Gonna ignore that the last time there was a mass shooting with someone they tracked, that dude was the shooter.

@OstensiblyLiberalPerson: Even though FRC is a hate group, shooting and violence are never the answer.

The real monster, of course, is the last tweeter, because you may not say that any other person or group is wrong unless you want them to die and endorse all efforts to kill them.

Except for abortion clinics, because the people who do that are all Christians and/or an inferior religion like Judeo or Formerly Muslim.