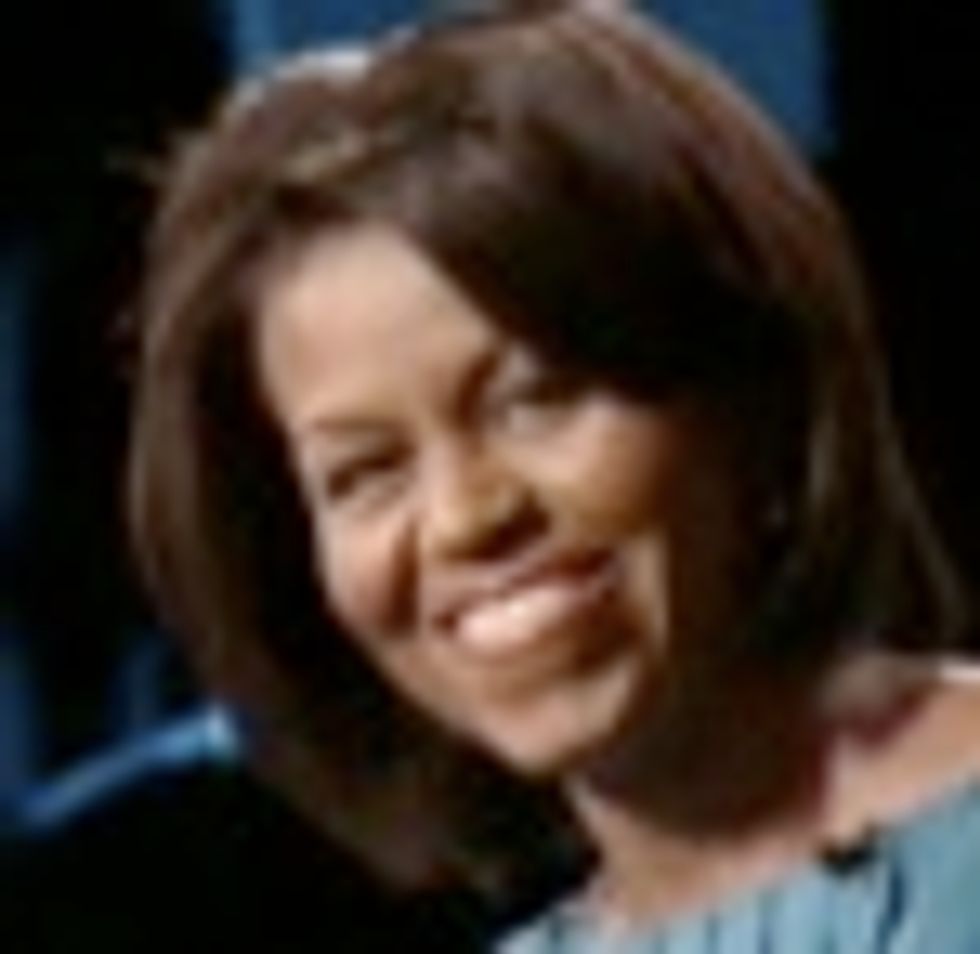 You will recall that Laura Bush never gave a political speech except to unveil a new educational funding package for Afghanistan and to promote anti-malaria and anti-AIDS drugs in Africa, repeatedly. Why can't Michelle Obama be more like Laura Bush, and do perform her husband-boosting efforts overseas? It is distinctly unladylike and unbecoming of the "Mom in Chief" to be visiting actual government agencies in Washington. You know who got all interested in domestic policy once? Hillary Clinton, that's who! And now she is Secretary of State, as punishment.