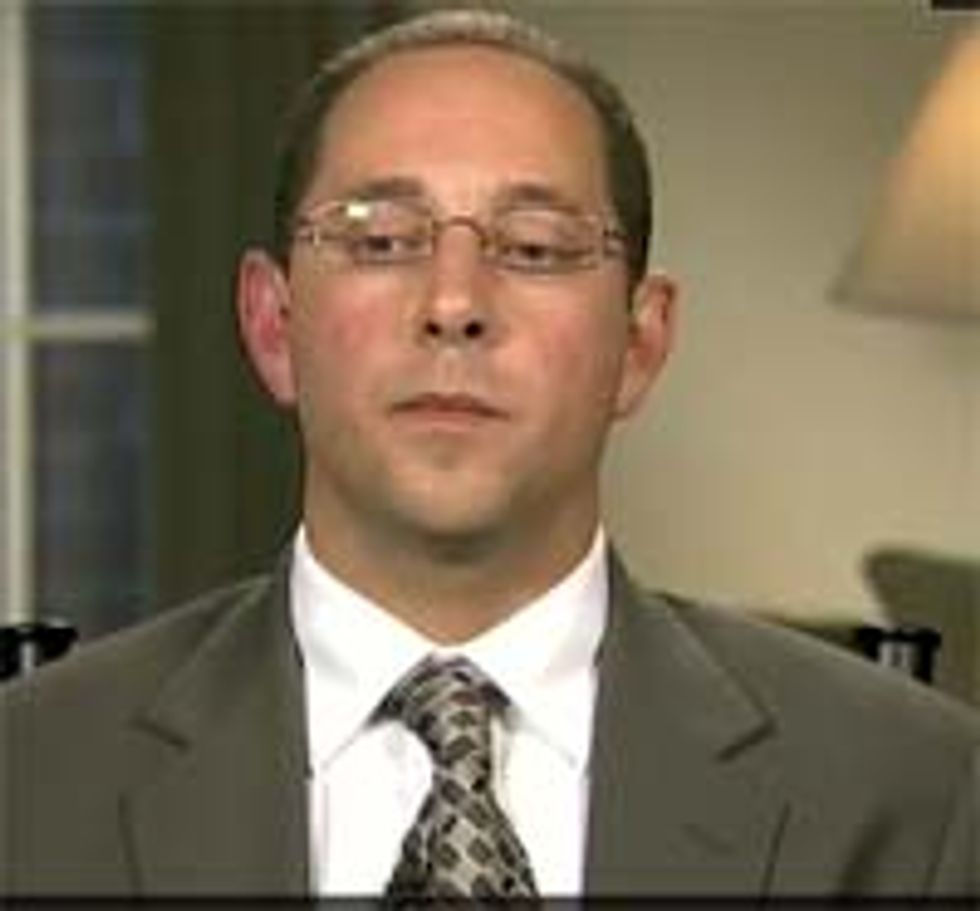 Andrew Shirvell is Michigan's assistant attorney general, a University of Michigan alum, and absolutely 100 percent heterosexual, according tohis Facebook page, which lists one of his interests as "Finding the Right Lady" and includes a picture of him touching a human female! While he's not busy assisting the real attorney general, he does normal, straight-guy stuff, like "building up the kingdom" and maintaining his obsessive blog about the University of Michigan's student body president, who is gay. Nothing weird about that, no sir!

OK, maybe it's a little weird? But whatever, it totally worked to achieve its true purpose, which was to get a coveted interview on Anderson Cooper's show. Do you like watching creepy, awkward dudes who may not be entirely comfortable with certain secret aspects of their lives squirm and roll their eyes a lot while a conversation with a handsome, silver-haired news anchor doesn't quite go as planned? Then this video is for you, friend! (Skip ahead to 2:50 or so for the actual interview.)

"It appears, though, that you're obsessed with this young gay man," says Anderson! The whole thing is pretty much as sexy and terrifying as you might guess, based on that one quote. It's like a John Irving novel encapsulated in a 10-minute YouTube video featuring a prematurely balding mid-level state government functionary. (Thanks to Wonkette hero operative "Nick" for the tip!) [YouTube/Facebook]