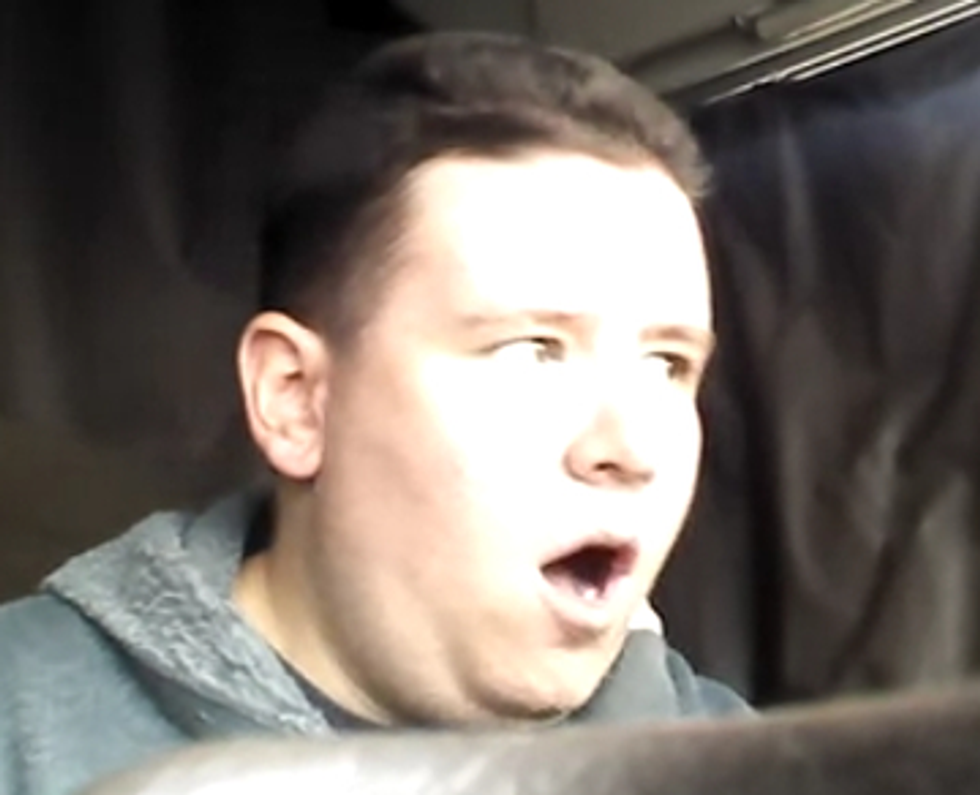 In a rare but not unprecedented burst of Republican sanity regarding gun regulation, Michigan Gov. Rick Snyder has done a super decent thing and vetoed a concealed carry gun bill that was crafted, nurtured, and pushed in Michigan by the NRA. The bill, SB 789, would have allowed stalkers and domestic abusers to obtain concealed carry permits, because of course when you've been deemed dangerous by a court, you should have immediate access to deadly weapons, it just makes sense. And staggeringly, Gov. Snyder, a REPUBLICAN, were you even listening, did the right thing and said NO WAY. Don't get too excited about Snyder, because he is normally very happy to do the NRA's bidding, but today we are not complaining.

The NRA was joined in supporting the legislation by a guy named Raging Rob, whose YouTube analysis of the legislation and its consequences is really something to see. No, really. If you think that it's a good idea for crazy people to have concealed carry permits, you definitely need to see this video and then tell us whether you think Raging Rob should even be allowed to use a fork without supervision.

[contextly_sidebar id="f5KfkfXmRXyWDgjXK9Ld1BTq3BjSjqLm"]Rob, a resident of Arizona, cares deeply about the Michigan gun legislation because he plans to move to Michigan and obviously needs a gun permit. Speaking from what seems to be the driver's seat of a van down by the river with blackout curtains drawn "so that the neighbors don't see what I'm doing, what are you looking at, faggot? I hate it when people look at me," Rob argues that men need to be able to arm themselves against "crazy, wacko ex-girlfriends," who do things like bash their own heads into walls or with hammers in order to screw over their boyfriends and Personal Protection Order them so they can't get guns. One thing that makes this video hard to watch (one of many things) is that is is crystal clear that Raging Rob has given a lot of thought to how domestic violence injuries go, with the walls and the hammers and so on. He seems like a real catch, so get ready, Michigan ladies, because he is coming your way!

Raging Rob then notes that really any gun regulation is extremely bogus because "That's why we have a Congress! So we can have the freedoms! You can't bypass Congress! That's the law!" Rob then points out that many members of Congress have been bought and paid for by David Rockefeller, the New World Order, and the Monsanto Corporation, and therefore, we should go to war with Britain and put Rockefeller and also the Rothschilds before a War Crimes Tribbenal. It would not shock us very much if Raging Rob's presentation was pretty typical of people who hold these not-at-all-insane views, or, in other words, it probably wouldn't hurt Moms Demand Action's cause to show this type of video more widely.

We eagerly await Raging Rob's reaction to news of Gov. Snyder's veto, because he will probably burst into flames, and you don't see that very often on YouTube.