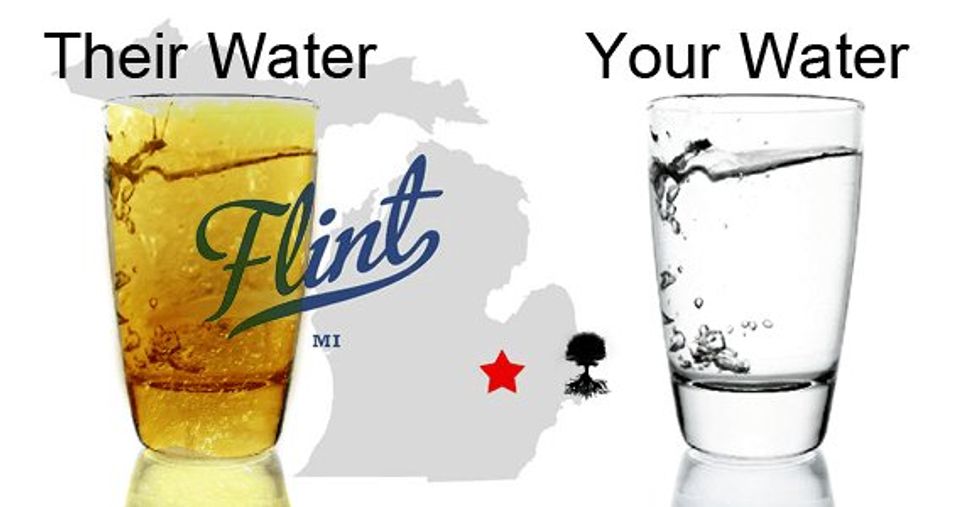 This is Little Miss Flint, who probably knows more about public health policy by now than you do.

WONKERS! WONKERS WE HAVE GOOD NEWS FOR ONCE! IT IS A NICE TIME!

OK so you remember how we live in just the greatest nation in the world and we are a shining city on a hill and also we are the greatest commercial nation in the history of trading and whatnot, and we spent just metric fucktons of money on infrastructure during that bailout thingy, and we have robot delivery and VR and the Mayo Clinic and apps for everything and still we can't figure out how to do plumbing in Flint because the obtaining of clean water, which humans had figured out millennia ago, is far too difficult a problem for us to solve?

In case you had forgotten: Officials in Flint knew about the lead-in-the-water thing for over a year and didn't tell anyone until after people started dying from things like Legionnaire's disease, which is the opposite of the thing you want your public health officials to do. Anyway, it got bigger and worse from there and people who live in this first-world Western nation have been bathing in bottled water this whole time.

WELL. We still have not figured out how to replace the pipes but we ARE at least continuing to charge people with crimes! As in: involuntary manslaughter, misconduct in office, obstruction and lying to police. In Michigan, involuntary manslaughter is up to 15 years in jail and/or a $7500 fine, which seems like a weird amount but okay!

This isn't the first round of charges -- which until today have mostly focused on things like obstruction or lying to investigators -- but it seems the net is catching more and bigger fish because Nick Lyon, who is a state Cabinet-level guy (his job is running the state Health and Human Services department), is the first person to be charged with a crime relating to the people who died from the water. But he's not alone! They're also charging the guy whose job it was to shut down the water plant if it wasn't safe, the lady who ran the Office Of Drinking Water And Municipal Assistance (talk about you had one job) and the director of Flint's Public Works department. They're even charging one of the early emergency managers with that same manslaughter count because he could/should have switched the city to the previous (expensive, but SAFE) water supply.

We recommend you click through and read the charges if you've run out of things to be mad at today, because they detail all the fuckery you vaguely knew had to exist for something like this to happen, but a few highlights: These people actually tried to block funding for programs to help the victims of the crisis in a move so cartoonishly evil that even Putin was impressed. They refused to clean the water when they could have, or to switch back to a non-infected water source. Instead of doing any of that, they played partisan ball about funding and whose turf was what, but nobody won the game. Everyone lost the game on all sides, including the people who weren't even playing but just happened to be within a few miles of the field.

Oh, and a bunch of people died and there's kids with lead poisoning. So there's that.

Rick Snyder, who is the governor overseeing this whole fucking mess, sent out this release which sure reads like he's worried about the residents of his state, yessirree!