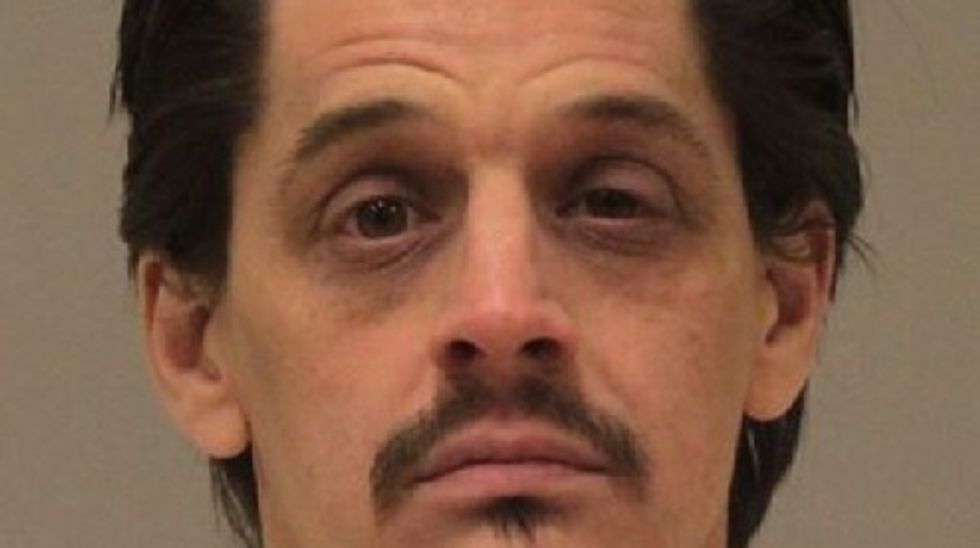 In a blow to the developing field of Investigative Invocation, Jeremy Gordon Grinnell was arrested November 8 after climbing a ladder to peep through a second-story window at a couple having the sex. When arrested, Grinnellexplained that he only wanted to pray for the woman who lived at the home, which you'd think would be an airtight alibi, but in yet another act of persecution against Christians, Grinnell was charged with two counts of "surveilling an unclothed person," which has got to be one of the most awesome legal euphemisms ever.

According to the arrest documents, from Kent County police and prosecutors, here's how it all went down, as it were:

Grinnell went to the woman's home and used a ladder that he'd found there to take a look into her second-story window. The police report says that he knew the location of the woman's bedroom, and saw that the lights were on. You know, just curious and all. (Who hasn't done this, really?) He watched the woman and her partner doing sex for about 20 seconds, and then the woman's partner saw his scary pornstached face in the window, at which point Grinnell zipped down the ladder and ran off.

Then the next night, because he is A IDIOT, Grinnell came back for another observation; the woman's partner confronted him and called police, and when he was arrested, he gave that very convincing "just praying for her" explanation.

Following the arrest, Grinnell resigned from his jobs as pastor at Bella Vista Church in Rockford and placed on leave from his position as an assistant professor of theology at Grand Rapids Theological Seminary, which is part of Cornerstone University. Dude should've known that there are some projects that you really, really need to run past the Human Subjects committee before you conduct any field research.

Not known at this time: How did creepypastor know this woman and where her bedroom window was? What theological tradition requires that you actually make first-hand observations of sin before praying for someone? Was he just making sure so he didn't waste God's time? And of course, as TPM's Josh Marshall notes,

under the 'not that there's anything wrong with that' category, this story just broke and each of the stories I've found have pretty much the same information. But I couldn't help but notice that each of the stories referred to the woman's 'partner' and never used a pronoun to describe the person. So it's not clear whether her partner was a man or a woman.

That made me wonder if Grinnell's claim to be praying for the woman had something to do with her being in a same sex relationship. Even from the perspective of an evangelical trying to save someone from the purported sin of homosexuality, I'm not sure watching the person have the illicit sex is a necessary part of the intervention. But who knows?

Update: John Tunison, author of the MLive story, clarifies in the comments on his story:

Sorry for the confusion folks, the partner was a boyfriend. It was a boyfriiend, [sic] girlfriend relationship

The other option, we suppose, is that the lady was someone that Grinnell had been involved with (which would explain his knowing where the bedroom was), and this is a creepy jealousy thing. In either case, we must point out that Blowvember is not about surveilling unclothed persons.