Michigan GOP Looking To Revoke All Teachers' Licenses If They Strike 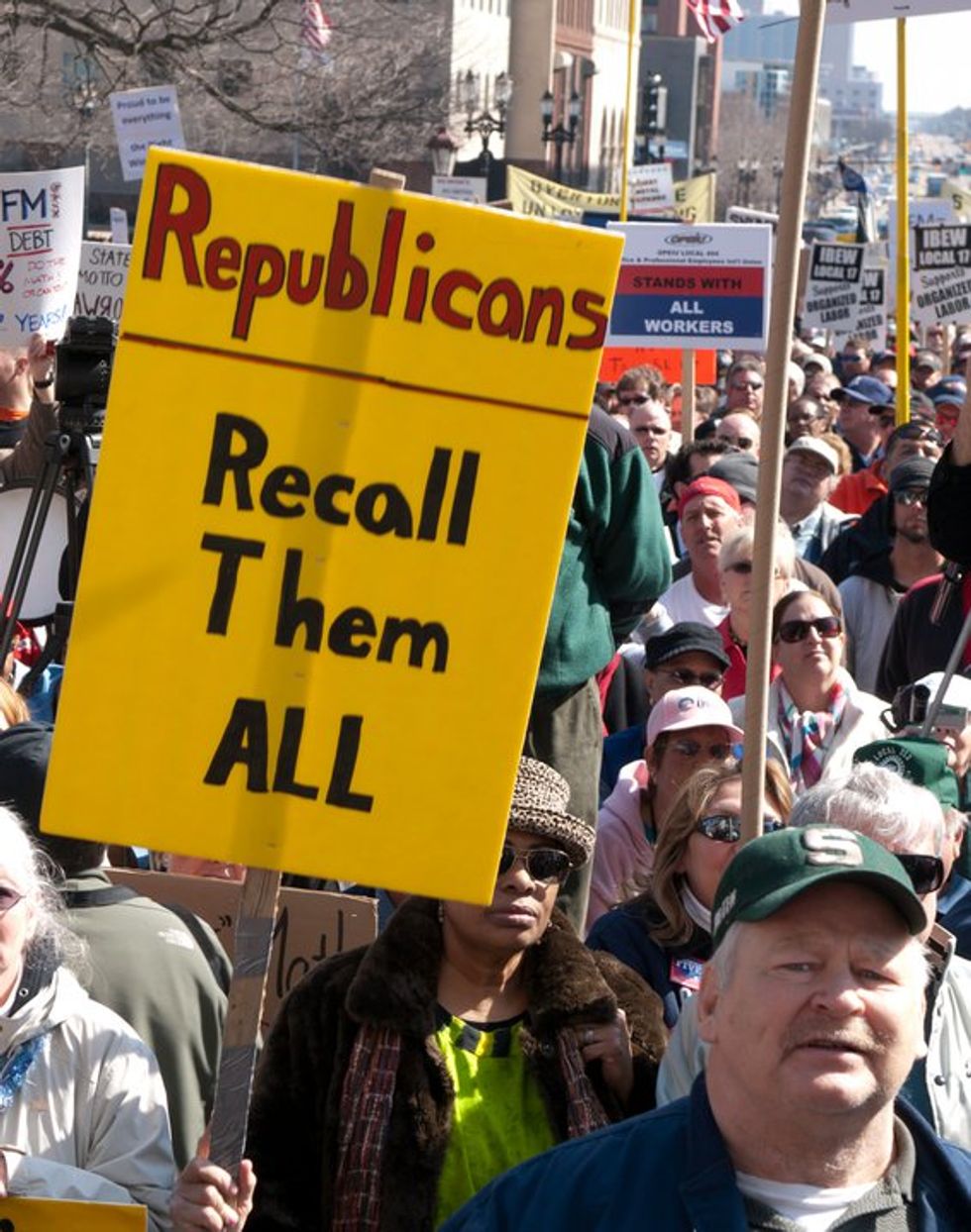 Michigan Republicans came in a little late to Wisconsin's union-arson party, but they're uncovering innovative new ways to wage war on their state's working population. Today's weapon:a plan to revoke the teaching license of the state's educators if their unions go on strike at any time. Under existing law, teachers aren't even legally allowed to go on strike, but it's rarely enforced. Not because there's anything wrong with a state putting its citizens on trial because they protested something; because it's costly to hold hearings for each individual teacher. But under the new legislation, Michigan could ban its entire workforce of teachers from the profession if they all decide to strike over Governor Rick Snyder's proposed cuts. Yeah, that will teach those evil teachers a lesson about trying to hurt the education of our children! Now nobody will be able to teach the kids of Michigan! Oh, wait.

So will the teachers strike?

The Michigan Education Association, representing 155,000 teachers and staff, asked locals this month to vote by April 15 to authorize work actions to protest proposed education cuts and employee concessions. Actions, according to a letter to members, could range from a march in Lansing to a work stoppage.

Doug Pratt, a union spokesman, said the results of the votes being conducted by MEA locals will not be released. On Tuesday, he did say that some locals have already conducted their votes on whether to authorize job actions.

155,000? That's a whole lot of drifters to hire! Maybe Michigan can widen the net a little bit on the replacement teachers. Sex offenders seem to like kids; Michigan should certify them to be teachers too. And animals! Kids like animals! They'd probably love being taught algebra and getting disciplined by a deer!

In the interest of full disclosure (haha, when has this blog ever done that?), your editor's parents are both union public school teachers in Michigan. So we can tell you first hand, those people are the most ruthless, greedy, child-hating thugs on the planet. To supplement their princely income, they even engage in criminal activity like buying-books-and-supplies-for-their-classroom schemes and coaching high-school softball. AWFUL THUGS. [Detroit News]