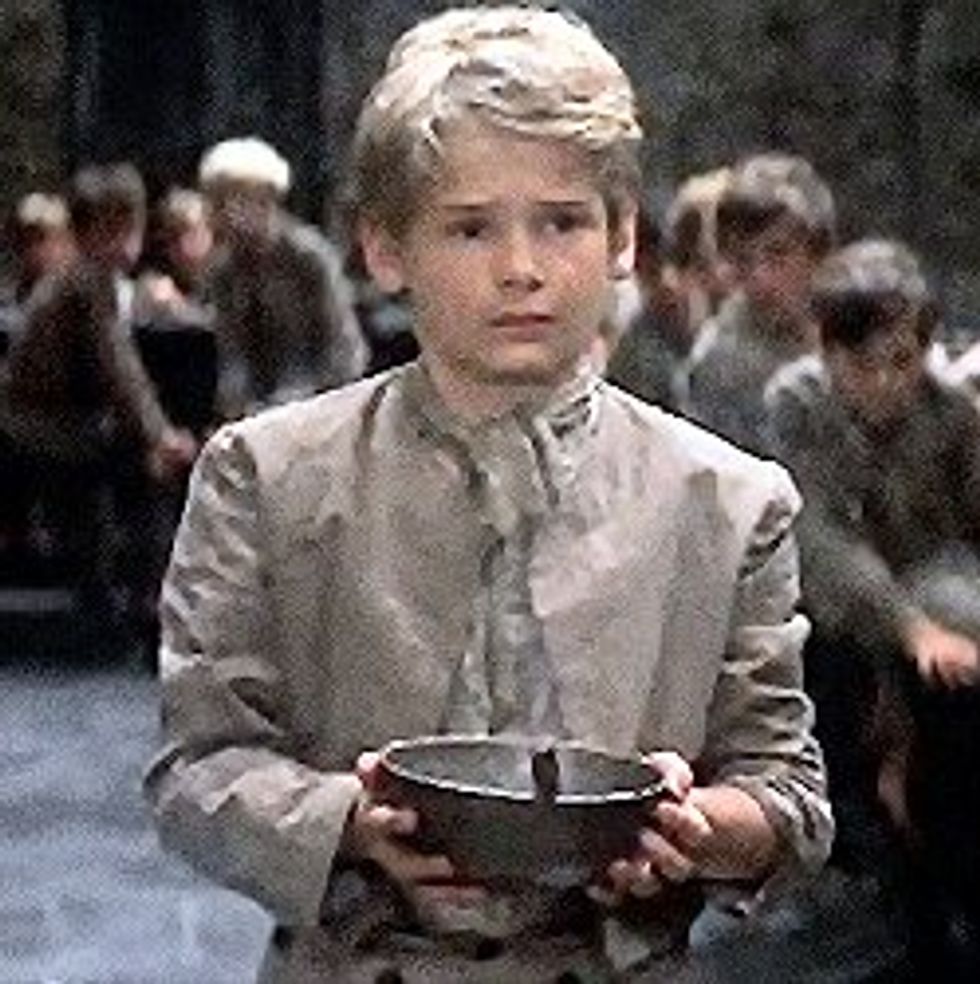 The state of Michigan is facing a budget deficit of $1.4 billion this year. How did Governorissimo Rick Snyder decide to fix this problem? By giving businesses $1.8 billion in tax cuts. Whoops! Silly governor, that makes the deficit bigger! This must all be a huge misunderstanding! How could somebody be presented with a problem of this magnitude and decide the best solution would be to double it? Because Michigan Republicans have a plan, that's why. There's a thing called "foster kids," food-and-shelter fat cats who get their kicks being able to exist and hoping that someday somebody will love them. Did you know Michigan gives these children a stipend to spend on clothes to wear to school? Not anymore! The deficit/new business tax cuts cost will befixed on the backs of foster kids, by making them buy all their clothes at thrift stores.

Orphans, who have set themselves up for disaster in our capitalist meritocracy by choosing to not have parents, should have to wear rags like they did in the days of our founders. (They should also have to work if they can't afford school, but, you know, one thing at a time.) But you know how children without parents are, they always expect BIG GOVERNMENT to provide them with things to keep them from dying in gutters.

A small part of the DHS savings, about $200,000, would come from adjustments to the clothing allowance for foster children, or children of the working poor, of $79 for school clothes. Caswell said children will still get close to that $79, but would be issued gift cards that can only be used at the Salvation Army, Goodwill or other thrift stores.

"Close to," meaning "less." Would this further ignominy anger foster children? Like most things in their pitiful lives, probably, yes. But maybe it would also lead to more of them finally killing themselves, which would save the state even more money. And, after all, foster kids can't vote, and nobody really cares about them personally, so they have absolutely no political power. Why weren't Republicans making cuts to foster kids before? This is the best way ever to hand businesses money. [Detroit News]