Mild Wackiness Breaking Out In NY-23 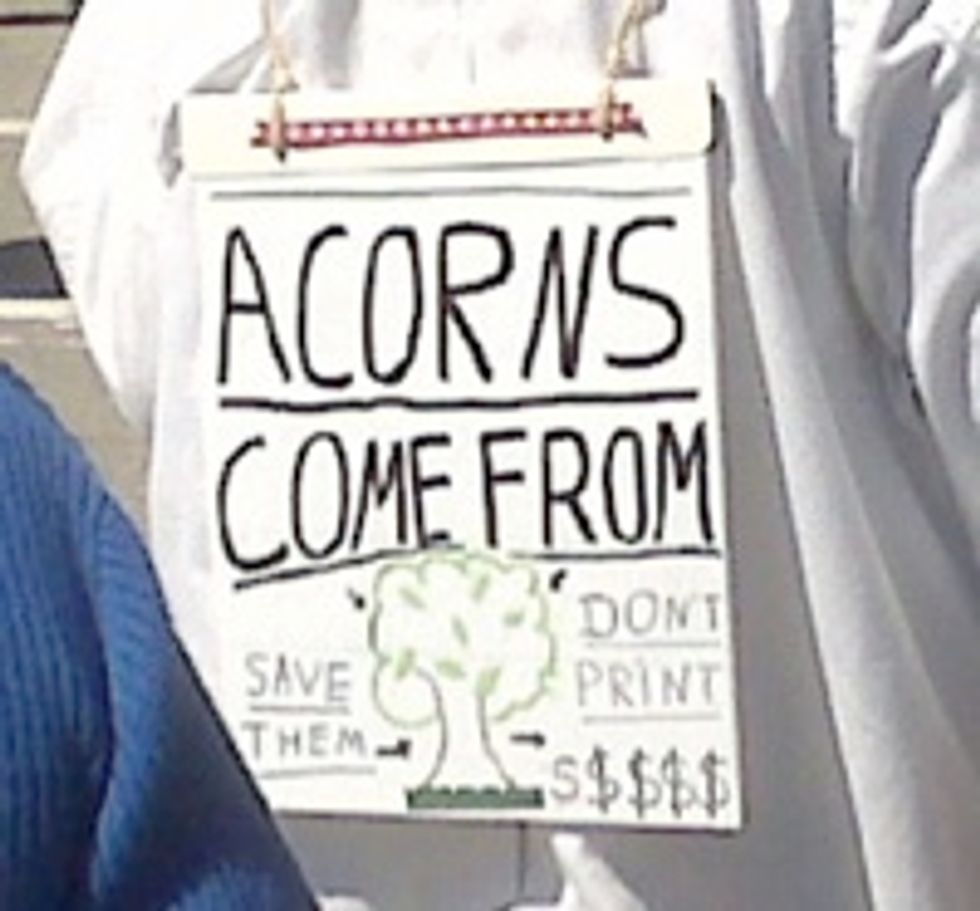 Weall know that the ACORN organization -- which has nothing better to do -- is actively trying to steal the NY-23 special election from God's candidate, Doug Hoffman, and give it to a randomly selected black aborted fetus on welfare, so it should come as no surprise that certain "local Democratic officials" (ACORN thugs) are calling the cops on Hoffman supporters outside polling locations for all sorts of ginned-up charges, as part of its ACORN Fear Campaign.

Here is the plastic ACORN clone-bot in question, "June O'Neill," a former state Democratic chairwoman, smearing the honorable Hoffmaniacs with her ACORN poop:

I just got off the phone with former state Democratic Chairwoman June O'Neill, who informed me the police had been called to at least two polling sites in St. Lawrence County due to overzealous electioneering (O'Neill called it "voter intimidation") by Doug Hoffman supporters.

"We've gotten reports that people are standing there, covered with Hoffman stickers and yelling anti-choice stuff at voters," said O'Neill, a St. Lawrence native who has been running the party's GOTV effort for Bill Owens in NY-23.

"Apparently, there's some woman claiming to be a commissioner," O'Neill continued. "Commissioner of what, I don't know. She's from Texas, I think, and she won't leave."

"This is not the way we roll in the North Country."

"This is not the way we roll in the North Country." Ha ha, shutup, June O'Neill.

The local board of elections claims the police were called for standard electioneering-within-100-feet of polling locations tomfoolery. It is true, however, that an electioneer in violation was something akin to a batshit Texas-ish crazy wingnut lady screaming abortion psychobabble at voters and refusing to leave.

And we all know what ACORN thugs do to people who refuse to leave. They... hmm... continue having nothing to do with it at all because they don't give a shit about the NY-23 special election.