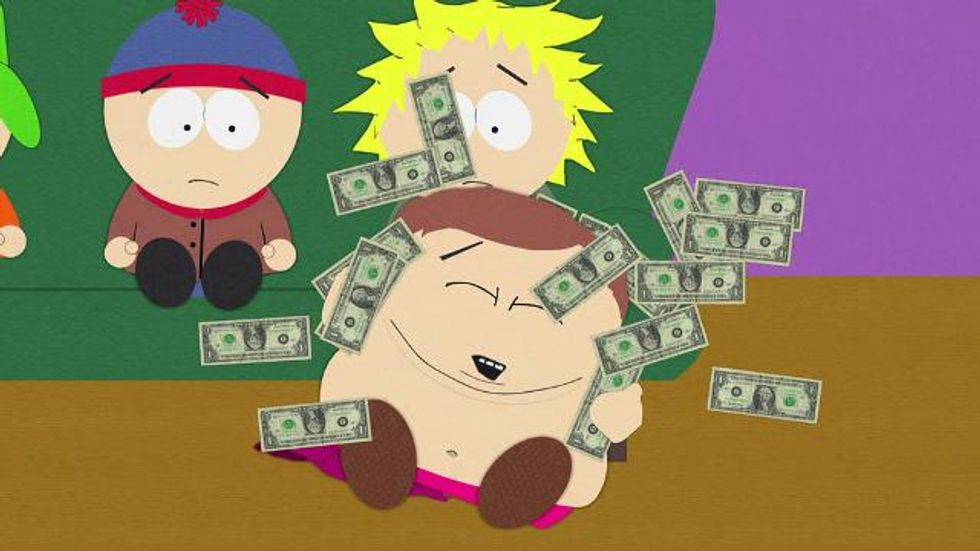 Are you ready to be shocked? Not just shocked, but SHOCKED? In an effort to scoop the VOX-FiveThirtyEight-Industrial-Statistical-Complex, Military.com has put together a super-sophisticated voluntary online poll that asks the really tough questions: Do you want to make more money, or less?

Do you want to know the results? Can you even imagine what those results might be? Because it is a really hard question to answer, and we bet that you will never ever guess what that answer is. The answer is:

About nine in 10 active-duty service members oppose the Defense Department's proposals to reduce their pay raises and basic allowances for housing, according to a new survey by Military.com.

Let’s start with some awful “reporting” by The Hill, a newspaper given out freely on Capitol Hill and maybe not worth the effort of picking up to read. They headline their story, Poll: Troops oppose cuts to their pay, benefits. Is this news? Really? Which one of your star interns read this and thought, “Hey! We should run with this before Vox puts up 84 graphs about it!”

But even the headline is misleading. No one is proposing to cut the pay of troops. Cutting pay would mean that they make less next year than they make this year. What some people are proposing is that they only get a 1 percent pay raise rather than a 1.7 percent pay raise. THAT’S NOT A PAY CUT. THAT IS A PAY RAISE. An accurate headline would be: Troops Oppose Small Pay Raise; Want Bigger Pay Raise.

Why did military.com even do this survey?

The voluntary survey was conducted online from April 28 to May 1. The feedback comes as lawmakers prepare to debate the Defense Department's budget request for fiscal 2015, which begins Oct. 1.

Oh good. Just in time to pressure Congressional leaders. With an online poll. A voluntary online poll. With no way to ensure that the results are statistically significant. And certainly no attempt to skew the results in any way, what with asking questions about whether people want more or less money. Top-notch journalism, here! Glad that The Hill, which is read by Congressional staffers, decided to run with it, because that’s exactly the kind of solid data we need to get into the hands of Hill staffers. And don’t bother mentioning that it’s an online poll, either. Make it sound legit, because that’s the quality we have come to expect!

Moving forward, we would like to suggest some more poll ideas for Military.com: