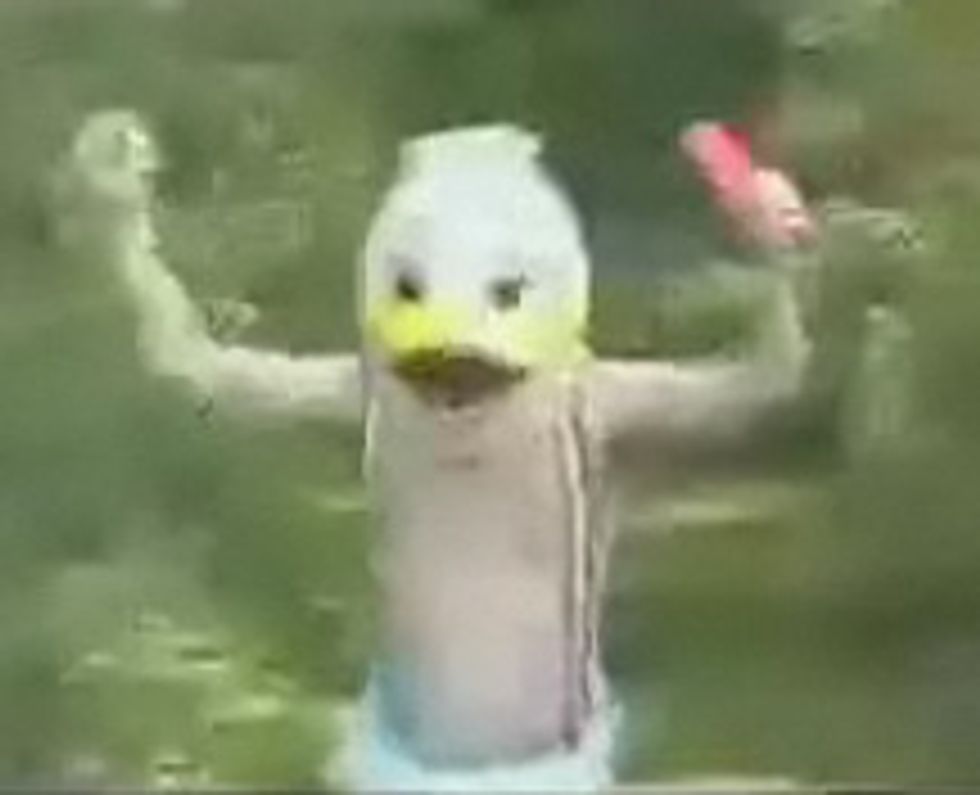 Okay, fine. That Jabba the Hutaree militia guy made some weird home movie and it was on YouTube and now it's not but TPM hassome video excerpts so go look at it and be titillated if that's your thing: "Kris Sickles appears entirely naked but for a mask of President George W. Bush that obscures some, but not all, of his genitalia. In the film, Sickles's chubby, tattooed character finds himself attacked by an enormous creature which appears to be half man, half duck."

And if YouTube had existed in 1995, there'd be video of Timothy McVeigh lip-syncing that idiot fucking Bob Seger song just like what's his name, the gay scientologist, the end. [Talking Points Memo]