Millionaires Just Like Us, Only Have $Millions, Says New Poll Of Millionaires 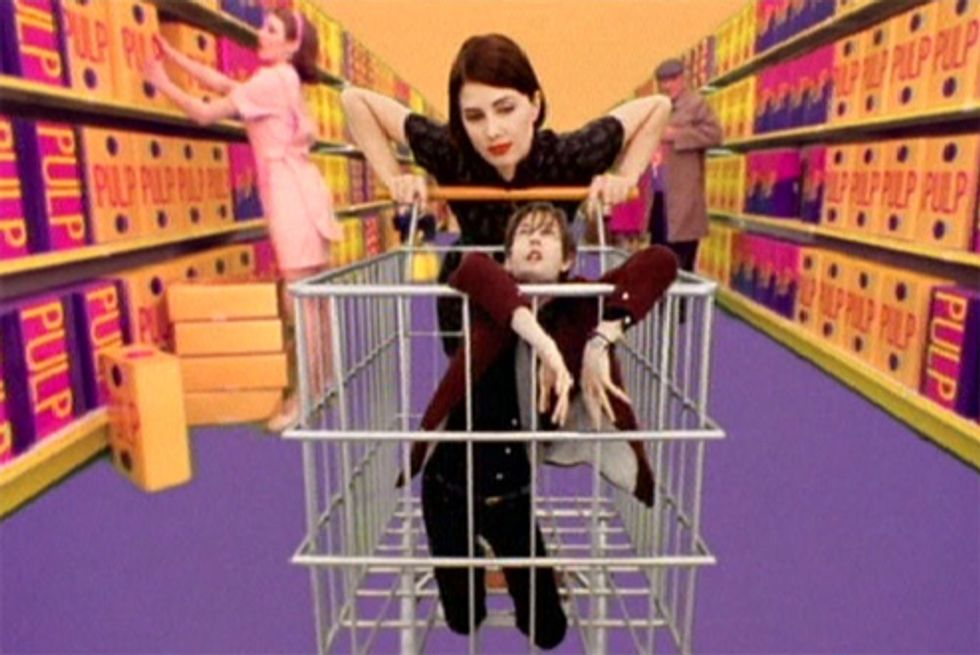 The LA Times brings us some happy news today, kinda-sorta! Turns out that a recent poll of millionaires finds that the majority of them think income inequality is bad, and that nearly 2/3 of them support an increase in the minimum wage and tax increases on the rich -- like them! We are also going to bet that auto-correct was somehow involved in this second sentence of the story:

However, the views of the wealthy on these hot-bottom topics vary significantly by political affiliation, suggesting millionaires are as split as the rest of the country between Democratic and Republican beliefs, according to the poll by financial news channel CNBC.

Now that we have distracted you with all that hot-bottom stuff, let's see what else the merely rich think, which we must caution may be very different from the super-rich. (A million dollars is like what you'd find under the Koch brothers' sofa cushions, after all.)

Turns out that the millionaires have some pretty similar party-based poll results to the rest of us worthless scum who they could crush like grapes:

51% of all millionaires surveyed believe inequality is a problem. But while 86% of Democrats are worried about the nation’s sizable income gap, only 1 in 5 Republicans share the concern.

Two-thirds of Republicans say anyone who works hard can become wealthy, according to the poll. Only one quarter of Democrats think that’s true.

Nearly 4 in 5 Democrats support higher taxes for the wealthy and a boost in the minimum wage. Barely 3 in 10 Republicans favor higher taxes and less than 4 in 10 approve of a wage hike.

And just to prove that having a lot of money doesn't shield you from romantic delusions, the poll also found that "94% believe the American Dream remains achievable for all," which we suppose is a very pleasant thing to think if you are a millionaire.

What other fun facts do we learn about the opinions of people who are better than us? 81% said they are not embarrassed by their wealth, because after all, they "earned it." We bet they did!

We also get some insight into what the rich think of the poor, and what's wrong with them:

When asked about the reasons for inequality, most (78 percent) said the wealthy have greater access to education. Two-thirds cited that the "lack of financial literacy" prevents poor households from making better financial decisions.

More than half said cultural issues and broken families also prevent people from attaining wealth. Only 6 percent said that people worth less do not work as hard as those with wealth.

And as for how people get to be rich, you may be astonished to learn that the top explanation (63%) among Republican millionaires is "hard work," while that top answer among Democratic millionaires was "a person's family or place of birth" (45%).

And how do the running dogs who'll be among the first up against the wall come the revolution think that inequality can be reduced? Most (83%) say "educational opportunities" because that sounds really nice, and doesn't cost anything to say. 64% also said that "better savings incentives" would help, because again they've never actually lived week-to-week, and 64% also thought tax increases on the wealthy might be a good idea, which just goes to show how thoroughly indoctrinated with Marxist ideology our rich people have become.

Follow Doktor Zoom on Twitter. He's enough of a methodology nerd that he really feels bad that, so far at least, CNBC doesn't seem to have a link directly to the poll results, just to their own reporting on the poll.