MIND BLOWN: Alex Jones Reveals Soup Nazi Only Character On 'Seinfeld' Who Was Not Nazi 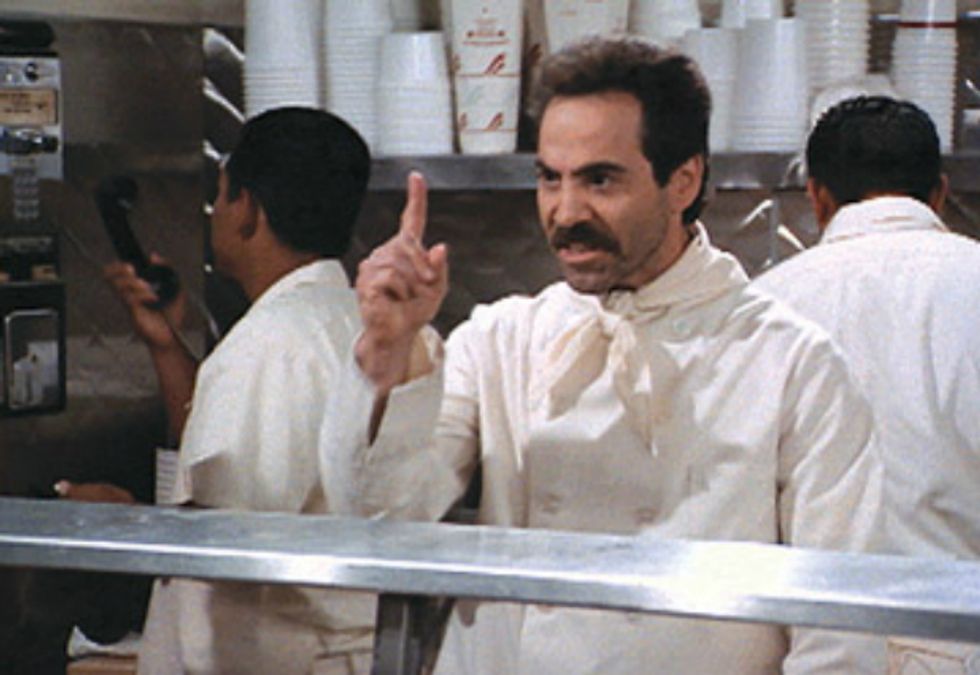 It's always nice to know that whenever a national tragedy occurs, Alex Jones will be along to declare it a complete fake. We noted yesterday that Jones declared this weekend's "Unite the Right" rally in Charlottesville, Virginia, a staged New World Order Deep State George Soros sham, staged to make the political right look like violent thugs, when in fact the police herded the poor khaki lads into the face of the extremist antifa monsters, and one poor fellow lost it, panicked, and in his terror to escaped hit and killed a leftist. (Strangely, Jones didn't claim no one had actually died or been injured. Maybe he's slipping.)

Ah, but we learned even more today about the lengths to which the government and/or the leftist stooges of George Soros will go to stage these so-called "Nazi" or "KKK" rallies. You see, there's actually so little actual racism in America that, in order to keep the Left's victimhood narrative going, the "racist" marchers are virtually all actors! Specifically, Jewishes with SAG cards, probably, and Alex Jones knows it because he was the only one who ever protested against the Klan a couple decades back, and he's seen 'em: