Mississippi Cops: We Totally Arrested That Black Doctor For Being Uppity, Ayup! 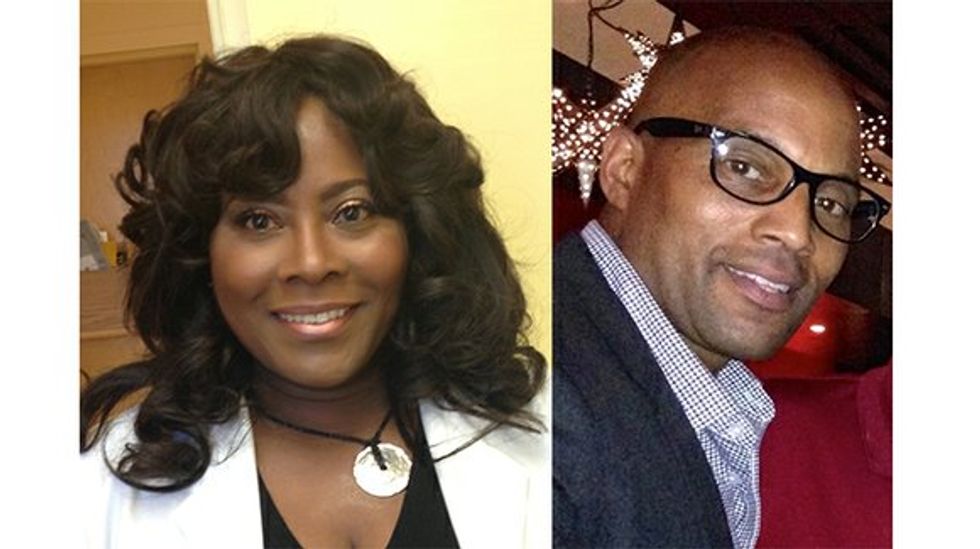 In case you played hooky from Wonkette on Monday, we had the very weird story of a prominent black doctor from Memphis, Dr. Marcia Bowden, who was arrested along with her husband during a routine traffic stop in Southaven, Mississippi. Her husband, Ira Marche, admitted he was speeding -- to rush his wife to a patient emergency at her clinic. At the time, we only had Bowden's account, but now the paper Bowden sent her account to has the arrest reports, and surprise, it sounds like it went down just about the way she said it did. Huh!

There's a minor detail here and there that she left out or said a bit differently from the way the cops, Sgt. Brett Logazino and Officer Jeremy Delaney, reported it. Like for instance, she says her husband told her, "Honey, be quiet, these people are redneck, they will hurt you." WHEREAS, Logazino's account claims Marche said, "Just calm down, this is a bunch of shit from some redneck Mississippi cops." Uppity cusses! Of course, we already knew from the original story that Marche had cussed once or twice during the altercation.

While Marche was looking for his driver's license in the glovebox, Bowden said the cops told her to stay in the car, at which point she explained that she was not getting out, just sticking her legs out so her husband had room to rifle around. However, she failed to report that she was SASSY. As per Officer Delaney's report:

“I stood back and behind to observe what was inside the glove box for officer safety,” Delaney reported. “Ms. Bowden became angry and attempted to get out of the vehicle as well. I ordered Ms. Bowden to remain inside the vehicle.”

And then, due to all the obvious black people anger happening, Delaney did what he had to do:

“I sensed that the verbal altercation was escalating so I took Mr. Marche into custody,” Delaney reported. Logazino’s account reflected the arrest: “Delaney then moved Ira to the passenger side rear of the vehicle and placed him in handcuffs.”

Read the whole report if you want to, please, be our guest. Because from what we can tell, these good old boys didn't even feel the need to make up a bullshit story about how they were completely justified, and definitely did NOT arrest these people for Existing While Black. Hell, when that white guy heading home after a Widespread Panic concert was arrested and died in custody of the Southaven Police Department -- the very same police department -- at least the cops tried to make bullshit excuses about an "LSD overdose."

When you're black, it's different. Remember the pool party incident in McKinney, Texas? That cop vaguely tried to pretend he was terrified of being charged by a 15-year-old girl in a bikini, though few were convinced. And remember the time those black kids were arrested for waiting for the bus? They were pretty scary too, you betcha. And the time Florida cops arrested that guy 62 TIMES for air-quotes "trespassing" at the place where he works, due to how he was black? He was probably up to no good.

And now we have Dr. Marcia Bowden and Ira Marche arrested because black people are scary when they say cusses, we guess. Good police work, dudes!