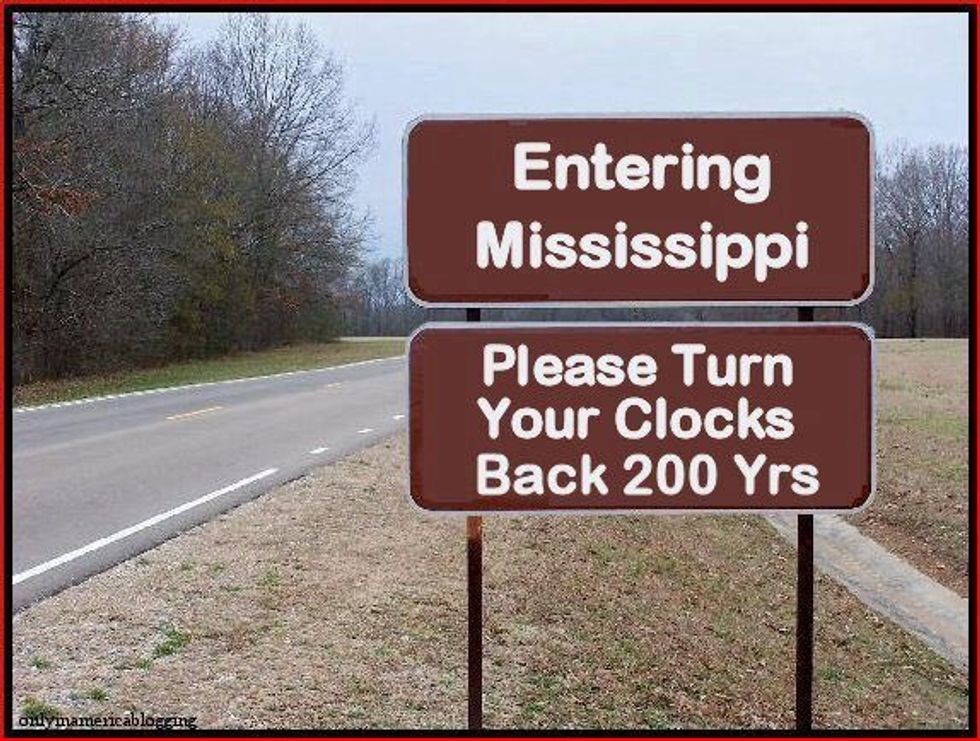 Doesn't it feel like we're taking a little bus tour of U.S. America these days, to see the new, enchanted ways everybody's coming up with to screw the gays and the BLTs? Today we are in Mississippi, where Republican Gov. Phil Bryant swiftly signed into law HB 1523 to protect those poor pitiful fundamentalist Christian whackjobs from having to breathe in the same space as gay people, if doing so would hurt their pathetic god's feelings:

The measure's stated intention is to protect those who believe that marriage should be between one man and one woman, that sexual relations should only take place inside such marriages, and that male and female genders are unchangeable.

"This bill merely reinforces the rights which currently exist to the exercise of religious freedom as stated in the First Amendment to the U.S. Constitution," the Republican governor wrote in a statement posted to his Twitter account. [...]

Here are some other fun things HB 1523 does, aside from making sure toolbelt-clad lesbians don't put Sincere Religious Believing Christian Bakers in headlocks and force them to draw vaginal lips on top of cakes in exchange for cash:

And so on! Mississippi, you are goddamned insane.

But Mississippi might not have to worry about that because it's 50th place in everything, which means it doesn't have an awful lot of "business interests" worth writing about.

In short, Mississippi is welcome to fuck right off and go to hell, just like North Carolina.