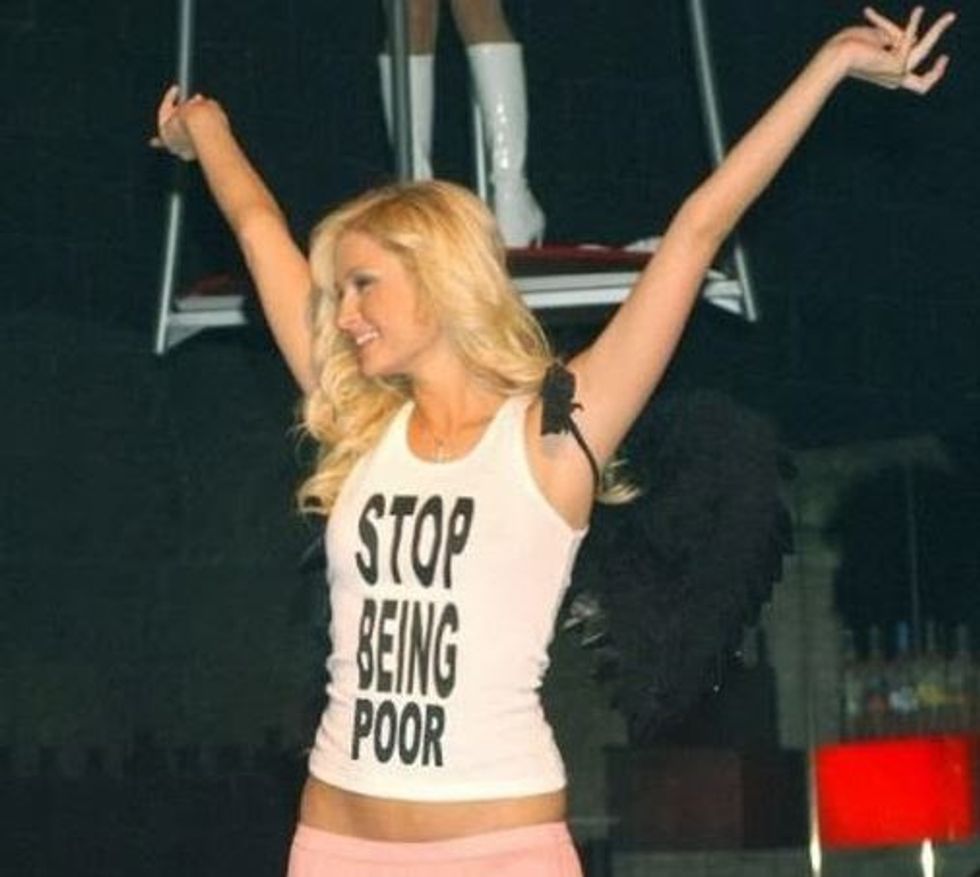 A Republican solution to poverty.

Workers and their supporters had been pushing to raise the minimum wage in St. Louis for over two years, and had finally gotten a hike through. The wage was set to rise again in 2018, to $11.00 an hour.

Republicans in the state legislature claim the bill is necessary because increasing the minimum wage in different cities is just too confusing for business owners. Which is a pretty ridiculous statement if there ever was one, given that employers have managed employees with different wage rates since approximately the dawn of capitalism. Surely they can figure this out.

Perhaps unsurprisingly, workers in St Louis were not too happy about this:

“Taking the money that someone has earned out of their pocket is shameful,” David Cook, president of United Food and Commercial Workers Local 655 in St. Louis, said in a statement imploring Greitens to issue such a veto. “I would remind the governor that regular hard-working Missourians don’t have millions of dollars in dark money from shadowy billionaires to keep them afloat, and they don’t have taxpayers paying their salary either.”

In a preview of what kinds of arguments Greitens is likely to encounter, the statement quoted Dennis Shaw, a Local 655 member working at Schnucks Culinaria in downtown St. Louis, calling the potential wage cut “devastating.” “It’s just plain demoralizing to think that the governor could sign a piece of paper that literally makes my paycheck smaller,” Shaw said in the statement.

St. Louis Mayor Lyda Krewson issued a statement explaining to Republican legislators that because it costs more to live in a city than a rural area, it is necessary for them to have a higher minimum wage in order for people to be able to live and work there:

"Today the state legislature overturned the city minimum wage bill by preempting all cities from enacting their own minimum wage.

The state has preempted cities from enacting laws on many issues, including guns, cold medicine and now our minimum wage.

Every city and town in our state does not have the same issues, needs or economy. A big city frequently has different problems than a very small one.

This is a setback for working families. $7.70 is not enough. I will work with others to get an increase in the minimum wage on the ballot since our state legislature won't address it."

Why Republicans who don't even live in St. Louis would have their panties in a bunch over a minimum wage increase there is unknown. It looks, frankly, like they just resent the idea of low-wage workers making enough to live on no matter where they are located. It's like the old saying about Puritanism being the haunting fear that someone, somewhere is having a good time. They just can't even sleep at night knowing that some McDonald's worker is able to pay their rent and utilities.