Missouri Man Confesses To Arsons At Mosque, Planned Parenthood Office, Is Definitely Not A Terrorist Because 'White' 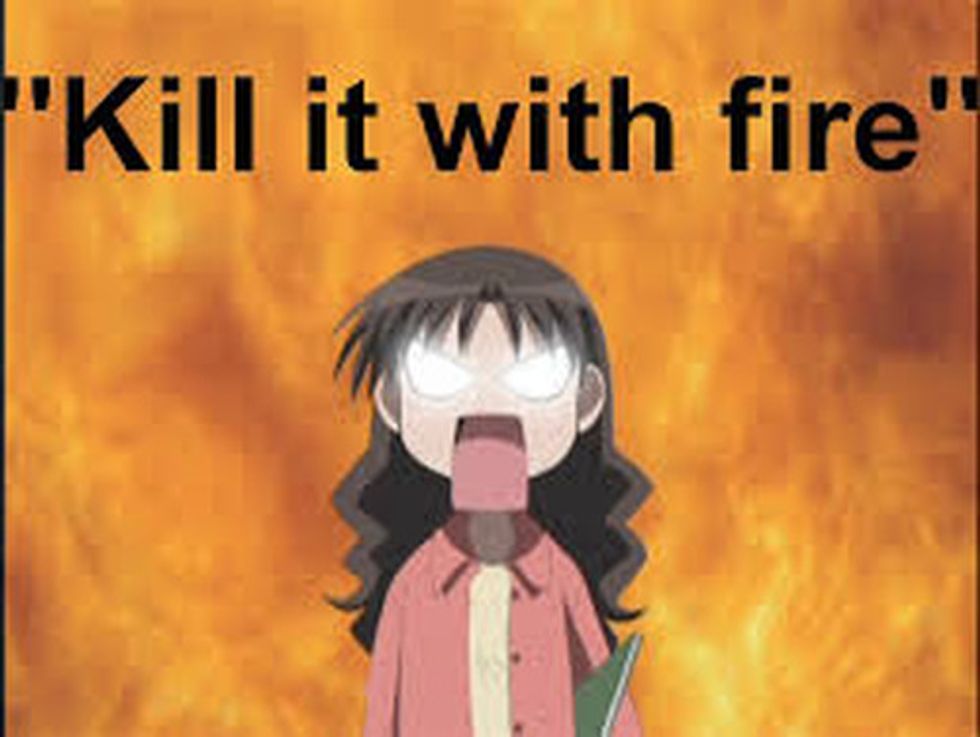 Hey, remember that loony guy last year who protested all the gheys by setting fire to a box of Cheerios atgay-friendly General Mills, with hilarious lawn-burning results? OK, that guy is not really part of this story at all, but the very same day we ran that story, another friend of Jebus burned a mosque to the ground in Joplin, Missouri, and we reported the two events together, because hey, setting stuff on fire for the Prince of Peace, right? So now, a bit over a year later, the mosque-burner, one Jedediah Stout, 29, has confessed to police after being arrested for two recent attempts to set fire to Joplin's Planned Parenthood clinic. He also admitted to an earlier 2012 attempt to burn the same mosque. If nothing else, Mr. Stout is a study in perseverance and the work ethic, the little arsonist who could -- at least once out of four tries. We're waiting patiently for Stout to be charged with terrorism as well. HA-HA, who are we kidding?

Stout was arrested October 4, after police found him walking along railroad tracks near the Planned Parenthood clinic, within a few minutes of the second arson attempt. He had also tried to burn the clinic the previous night; in both failed attempts, he had thrown a backpack full of flammable liquids onto the clinic's roof. After questioning, he eventually confessed, and also admitted to last year's attacks on the Joplin Islamic Society mosque, which was also attacked in a similar fashion. Protip: do not take your hate crime methodology from a Bloodhound Gang song.

Now, let's not be too quick in attributing a religious motivation to Mr. Stout. After all, "Authorities gave no motive for Stout's alleged actions at the mosque or the Planned Parenthood clinic, which does not provide abortion services." So there's just no telling. Could be he just happened to pick those two places to burn because he's a false flagger trying to make mosque-and-clinic-burners look bad. Or for no particular reason at all. We wouldn't want Allen West to sic the NAACP on us, after all.