Mitch McConnell Quits Debt Talks, Tells Obama To Just Do Whatever So GOP Can Blame Him For It Already 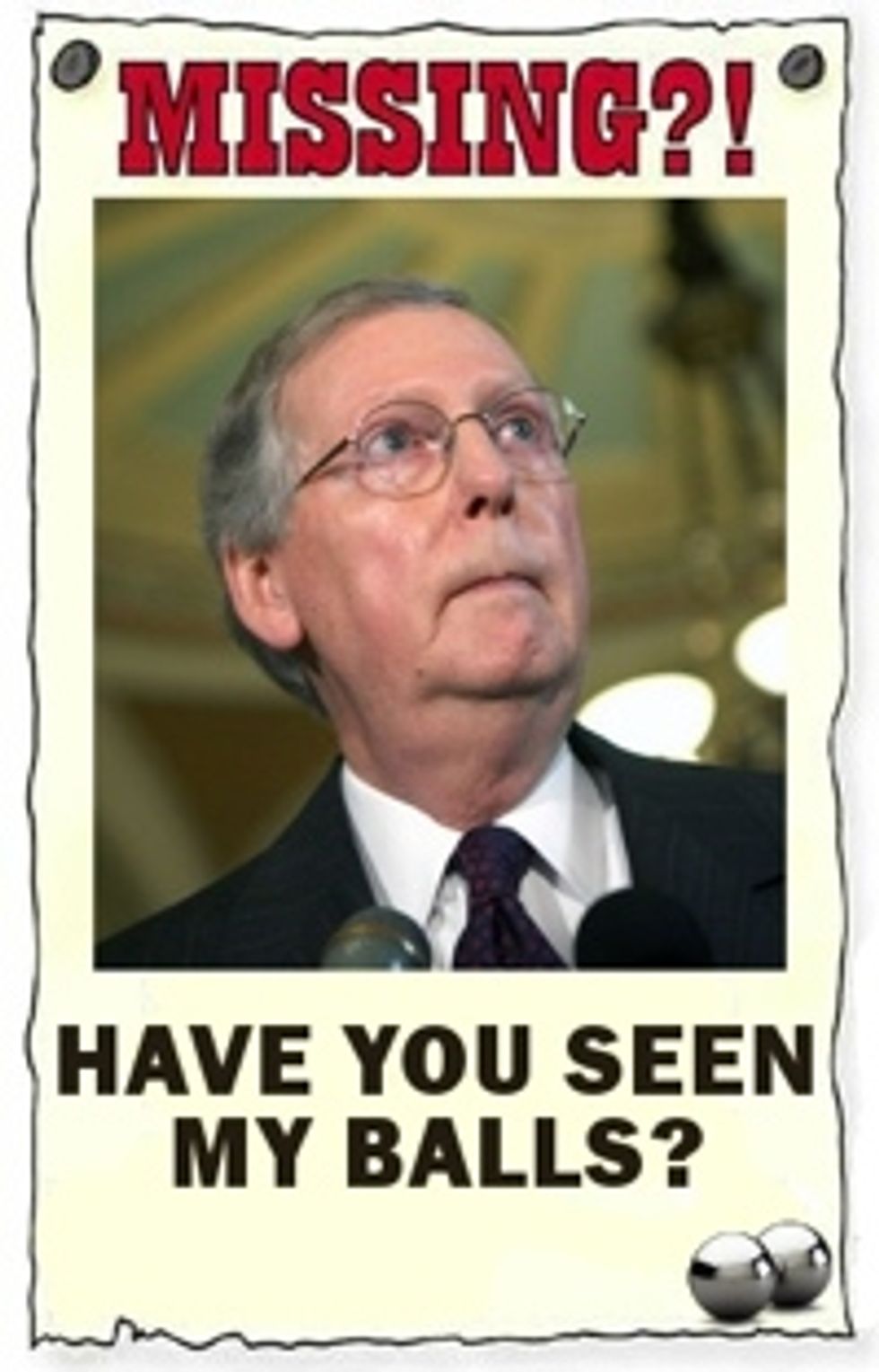 Ever since the fake "should we raise the debt ceiling debate" started (the answer is YES OF COURSE), the GOP has been using this fake debate as leverage to extract deep cuts from any social program not for millionaires as a condition for approving a ceiling hike. "No ceiling hike without spending cuts aimed at killing the poor" is the demand they have made over and over, and that Obama insanely agreed to even whilealienating everyone in his party, just to get a deal done. This has been going on for weeks. So, after all this, brave hero Mitch McConnell announced he no longer wants to make ANY spending cuts just so the deal fails and Obama is forced to raise the debt limit on his own.

Because this Congress is on pace to be one of the least productive in recent memory, you might think McConnell would be less interested in wasting the entire negotiation process to date on a shrug with "just blame Obama." But, eh, the election is a year and a half away you said? He'll just stick with his "blame Obama" paycheck until then.

The plan itself was clear enough: Republicans don't really have the stomach to allow the country to default on its debt in pursuit of their decades-long goals of slashing deeply into popular entitlement programs. But instead of admitting that and extending President Obama's borrowing authority through the 2012 election, McConnell proposed a Rube Goldberg-esque scheme by which Obama, by accepting some public embarrassment for himself and his party, could raise the debt limit on his own, with no policy strings attached.

No spending cuts for Republicans. No tax increases for Democrats. In effect, a clean debt-limit hike with all attendant political consequences, such as there are any, falling on the latter.

Ha ha, it is like the last month did not even exist in Washington. It is still May, everyone in D.C. [TPM]