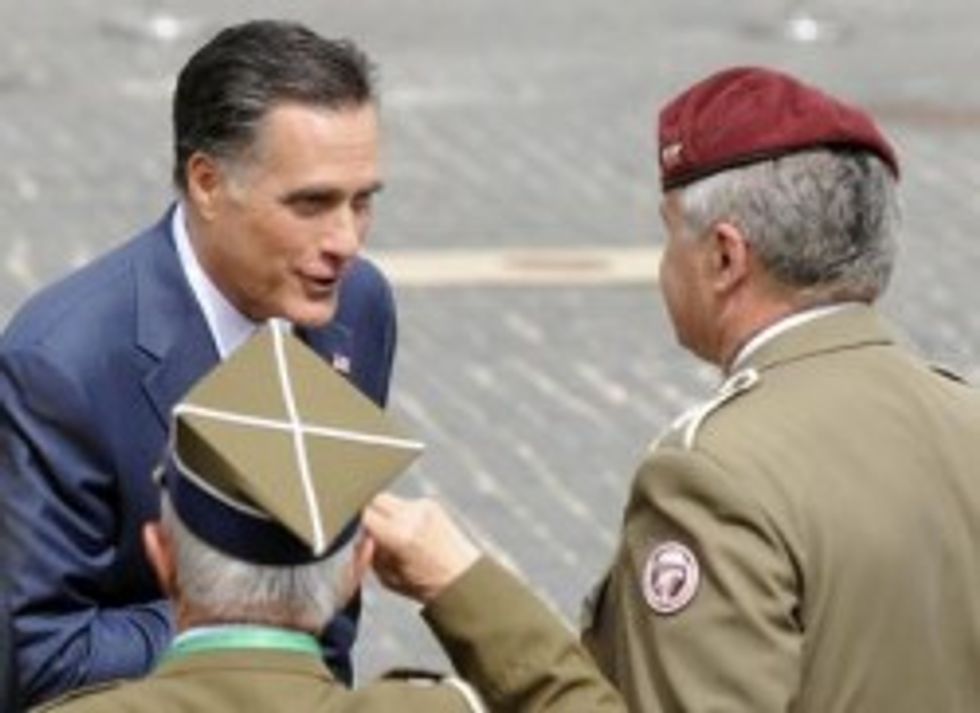 When Mitt Romney (remember, the one running for president against Michelle Obama's husband) spoke at the Republican National Convention, he mentioned pretty much everything that's ever existed except America's men and women in uniform. The liberal media turned this into A Thing, and so Mitt Romney took to Fox News to answer the question on everyone's mind:

Baier: To hear several speakers in Charlotte - and I don't think this is a jump - they were essentially saying you don't care about the U.S. military because you didn't mention U.S. troops and the war in Afghanistan in your nomination acceptance speech. We understand you went to the American Legion the day before and you talked about the service and sacrifice of the military there. Do you regret opening up this line of attack, now a recurring attack, by leaving out that issue in the speech?

Wait...the question is whether Romney regrets opening up the line of attack? Is this what you learn in the Hillsdale College Journalism School? What was the show production meeting like before this interview?

BRET BAIER: "How about if I ask if he regrets letting Democrats attack him on it?"

PRODUCER: "Perfect! Can you add some more quaver to your voice, though? Really sell it."

So, how did Romney answer this softball?

Romney: I only regret you repeating it day in and day out. (LAUGHS)

Baier: Well, I mean, what just came from Charlotte -

Romney: Because when you give a speech, you don't give a laundry list. You talk about the things that you think are important. And I described in my speech my commitment to a strong military unlike the President's decision to cut our military. And I didn't use the word troops, I used the word military. I think they refer to the same thing. And of course going to the American Legion...

It is a genius move for Romney to conflate the troops with the entire military, because of the new plan to turn the entire Army into the Universal Soldier program. THEY ARE LIVING WEAPONS. The troops themselves, however, are not really all that important until they are implanted with guns and wheels, so yeah, ignore them or whatever. Barack Obama pandered to mere humans, a thing we will never have to worry about in a Romney presidency. Ever.