Mitt Romney Does Not Care for Barack Obama's Disgraceful Flip-Flopping 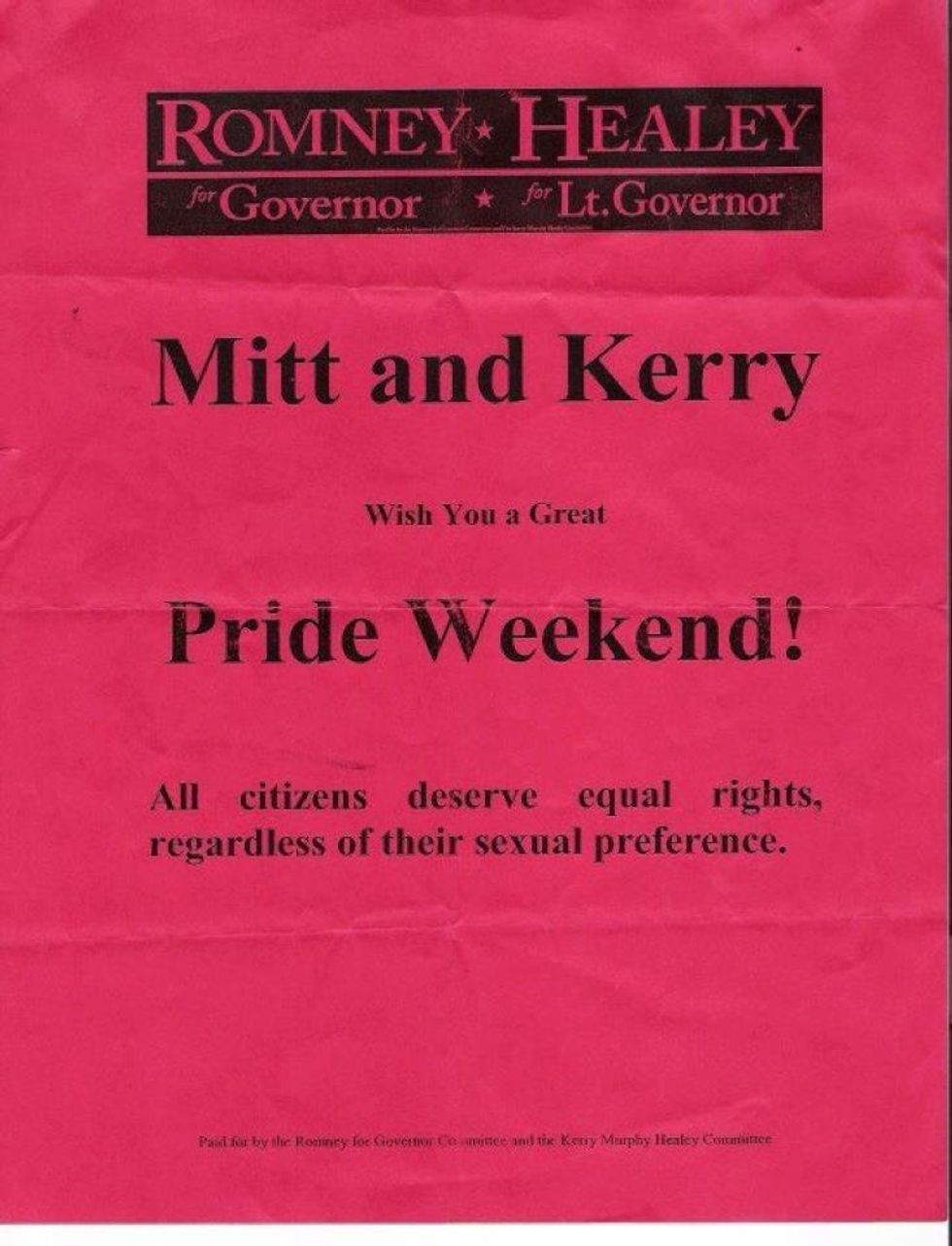 Sad Mitt Romney is so jealous of all the thank-you notes and the hot piles of gay dollar bills that President Popular has gotten ever since he belatedly admitted that he thinks gay people should be able to get married. Sad Mitt Romney is not as tragically lame as he appears to be on this issue, okay? Sad Mitt Romney responds that while he is not a fan of gay marriage, he -- wait for it -- sometimes talks to his gay friends, many of whom own children: “I know many gay couples that are able to adopt children. That’s fine." This does not bother him, the gays living together and having kids like they are married as long as it is not called married. That is not trying to have it both ways! The only thing that really bothers him is that Barack Obama seems to be the kind of brazen asshole who just says, you know, whatever to win over certain groups. Mitt Romney does not do this, he then actually says.

But you don’t change your position to try to win states or certain subgroups of Americans. You have the positions you have, and you know, for a long time, I think since the beginning of my career, I have made it very clear that I thought that marriage should be a relationship between a man and a woman.

Mittens has once again managed to try to get the upper hand in this news story in the most hilariously ironic and embarrassing way ever. [National Journal]