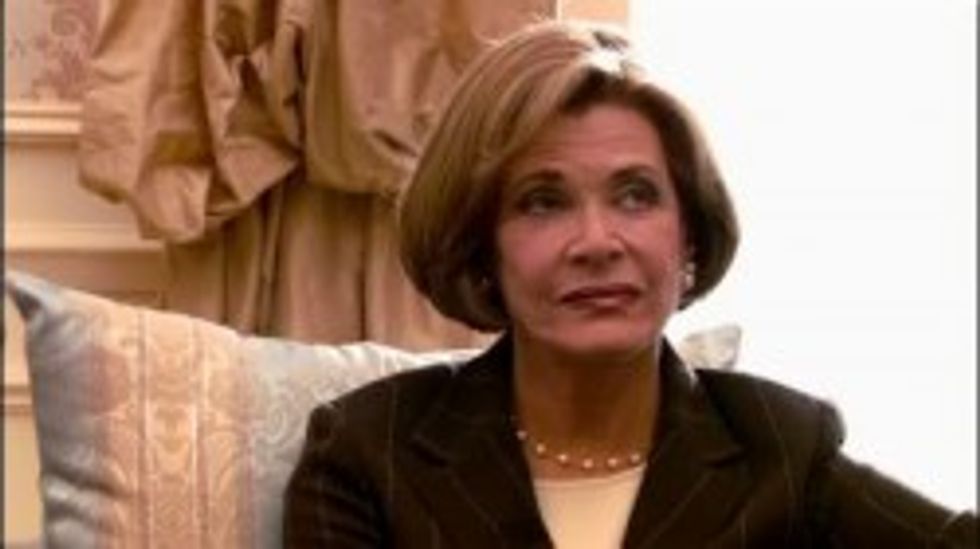 It is right and proper that Mitt Romney should hold a fund-raiser,to raise human funds, at the Balboa Bay Club in Newport Beach. Nixon and Barry Goldwater holed up here at various points in their paranoid dotages; John Wayne was on its board of governors; you can get a drink at Duke's, a bar filled with tubby, greasy, monied miscreants and actual hookers. Most importantly, though, OBVIOUSLY: Balboa Bay Club was the longtime home of the perfect amoral, inhuman, vodka-veined and acid-livered Romney voter, Lucille Bluth.

Yes, the gates at the Balboa Bay Club are just the right height for a Romney party, keeping out all manner of non-billionaire riff-raff. Nothing like the punks and hippies and common trash and people in white power T-shirts (for reals) and mister managers down on Balboa Peninsula, with its "Fun Zone" anchored by some Big Yellow Joint.