Mitt Romney: Nice to Meet Me! 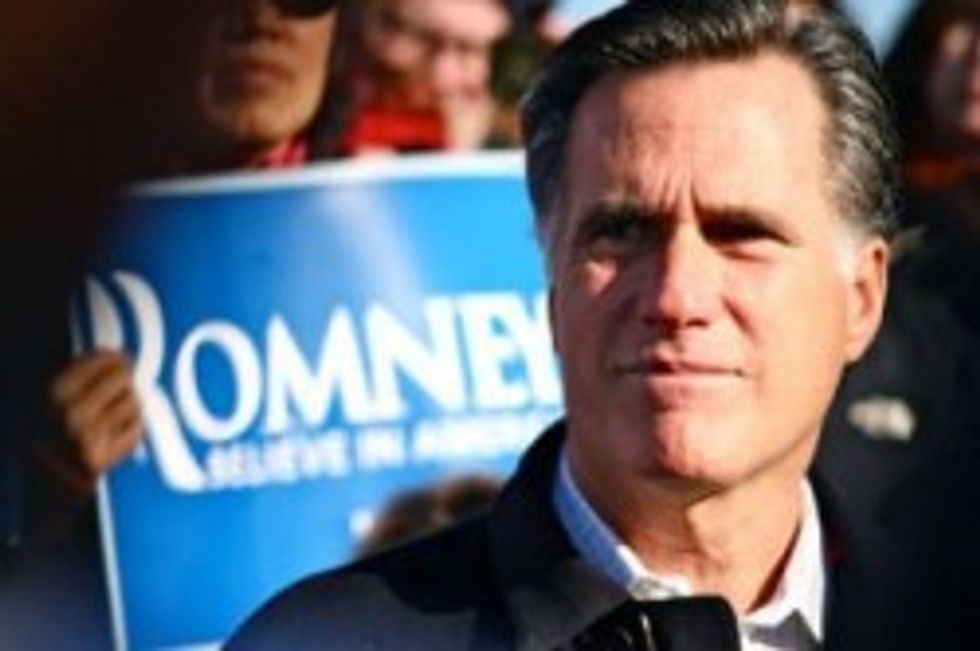 Oh, Mitt Romney. With your uncomfortable stuttering and your terrible jokes and your inability to navigate interactions with hu-man units. We know younever meant to campaign for president (twice) but you are really, really bad at this.

Mr. Romney, who marked his 65th birthday on Monday, was in a jaunty mood during a stop on the Gulf Coast. He made clear that he was not certain just how self-assured he should be.

“You might be shaking the president’s hand,” Mr. Romney told a man in Mobile, where a rainstorm forced his supporters to seek shelter on the porch of a cafe. As he reconsidered how confident his remark sounded, he added: “Then again, you might not. But I hope you are.”

When your editrix was a sexxxy 18-year-old bleach blonde (47 years ago), she once stood in line for coffee behind a handsome salt-and-pepper gent who, after giving her a bit of the eye, turned to tell a little icebreaking joke. Motioning toward the muffins, he jovially remarked, "Those aren't chocolate chips. Those are rat turds."

That man went on to become Mitt Romney.