Mitt Romney Supposed To Win Iowa Caucuses, Unless He Doesn't 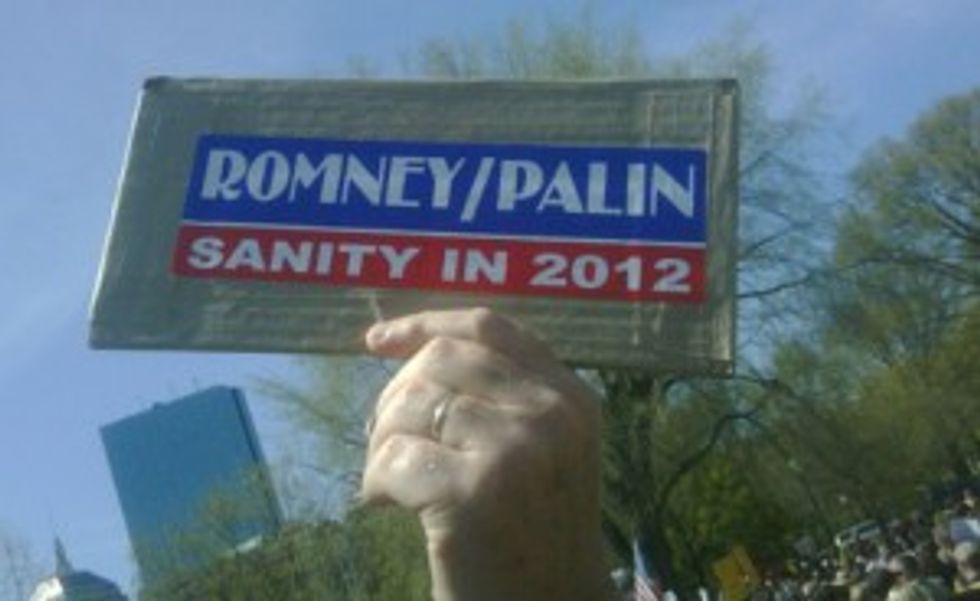 There are several billion polls out there variously dropping coy hints about a Ron Paul win, a Mitt Romney win or that more apocalyptic outcome, a "Santorum surprise," GAH, but let's check in with poll nerd king Nate Silver: Mitt Romney has a 42% chance of winning and everyone else has less, with the important caveat that Iowa's schizophrenic Republican voters have been off meds for months now and it's possible that poll averages mean nothing since Saturday's Des Moines Register poll found that 41% of likely caucus-goers are still sort of weepy about their choices and continue to waffle over whom to support.

All of which is moot, since Barack Obama's pollsters have already declared him the only Republican capable of winning the Iowa caucuses, the end. [Five Thirty Eight/ Des Moines Register]