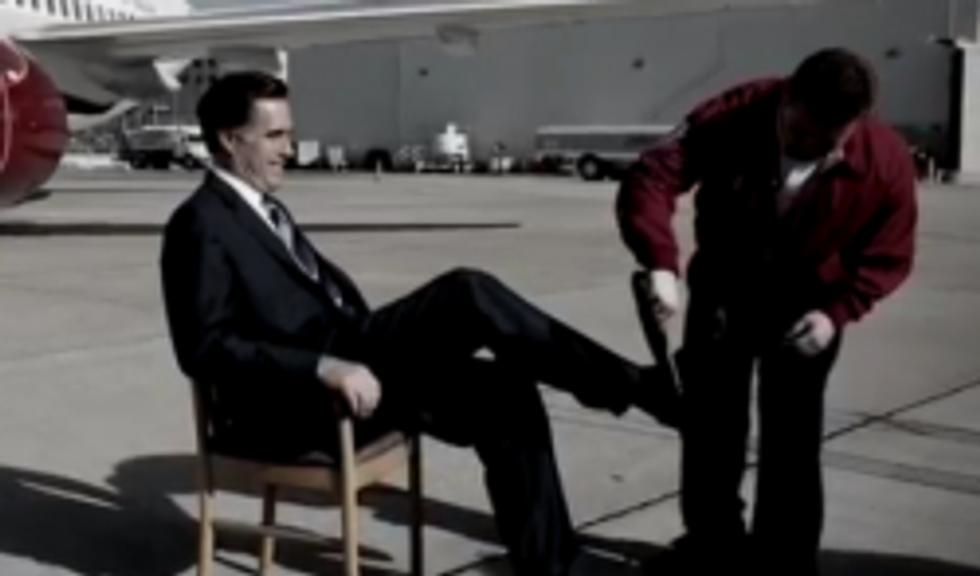 Mitt Romney has apparently observed that many Americans seem to feel they are not getting their money's worth out of the highest branches of government. This might be an apt time for a lesson in democracy, a time to reassess the wisdom of electing intransigent nuts to fill jobs that by definition require an ability to work well with others of differing viewpoints, or maybe it is a time for a lesson on a little something Mitt Romney invented called "the private sector." Here's how Mittens would like this to work: "I do believe in linking my incentives and my commitment to the accomplishment of specific goals," Romney said. "I wish we had that happen throughout government." Smart! So let's see if we remember how this works... wait, so how much will Mitt earn if, for example, he manages to dismantle the country and sell off individual states to Canada and China at a profit?

Or what kind of reward might Romney and the members of Congress receive if, say, Romney manages to accomplish his "specific goal" of slashing all non-security discretionary spending by five percent while tossing billions more to the military? The American taxpayers will without a doubt look about themselves at their decimated education systems and crumbling infrastructure and eagerly shower him with bonuses.

Eh, fuck that. We have a more fun idea: the United States should be able to charge a President Mitt one million dollars of his fortune for every week that goes by in office and he doesn't put the country on track for the four percent annual growth rate he is promising. We'd vote for that.

And here is a link to the 1992 Saturday Night Live skit starring Dana Carvey that perfectly parodies 2012 Mitt Romney jabbering about incentive pay like some 1992 idiot named "Ross Perot."