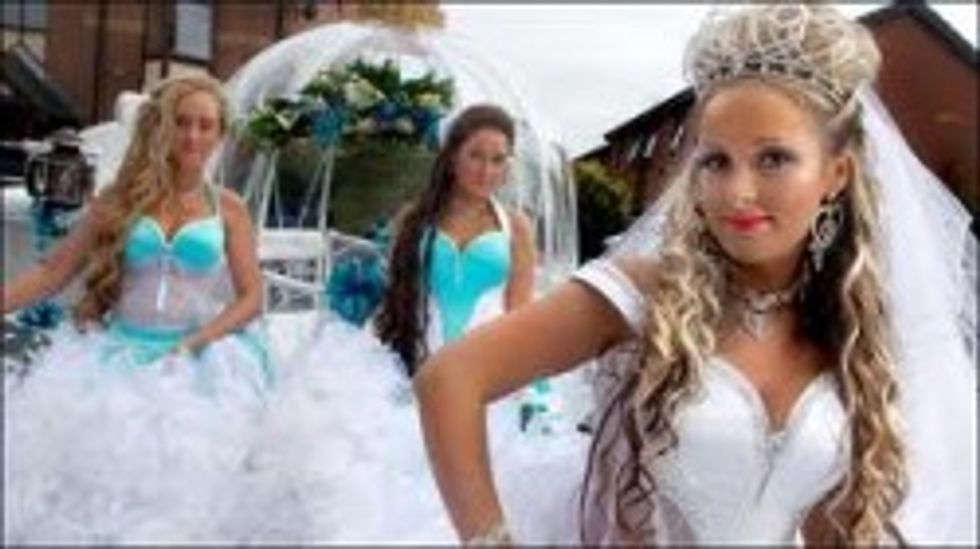 One thing we at Wonkette HQ don't "get" is the inescapable conclusion in American life that being "fiscally conservative" is somehow synonymous with being "fiscally prudent." Case in point numero one: deadbeat Tea Party Congressman Joe Walsh, who is sofiscally conservative he lives in his office and refuses to pay child support! Case in point numero zwei: check-kiting gypsy Newt Gingrich buying his special lady so many whore diamonds and then stiffing that poor Las Vegas businessman (and everyone else) on his bills. Case in point all of the others: cutting taxes in the middle of two wars and conducting them off-book; threatening to default on our national debt by not raising the debt ceiling; and pretty much every other thing they have done since maybe Eisenhower. But the Minnesota GOP is something special in this regard: they are being evicted from their headquarters for owing almost $100 large in back rent!

So how good are you with money, Minnesota GOP, and why should we all elect Mitt Romney right away for being a fiscal conservative like you?

The eviction action follows a series of revelations last winter regarding debts accrued by the party during the reign of former RPM Chairman Tony Sutton. In December, an internal review of finances revealed that the party owes $1.23 million to creditors, plus more than $700,000 in legal fees accrued during the 2010 gubernatorial recount, and is facing possible fines from the Federal Elections Commission for undisclosed debts. The party is also currently being investigated by the state campaign finance board.