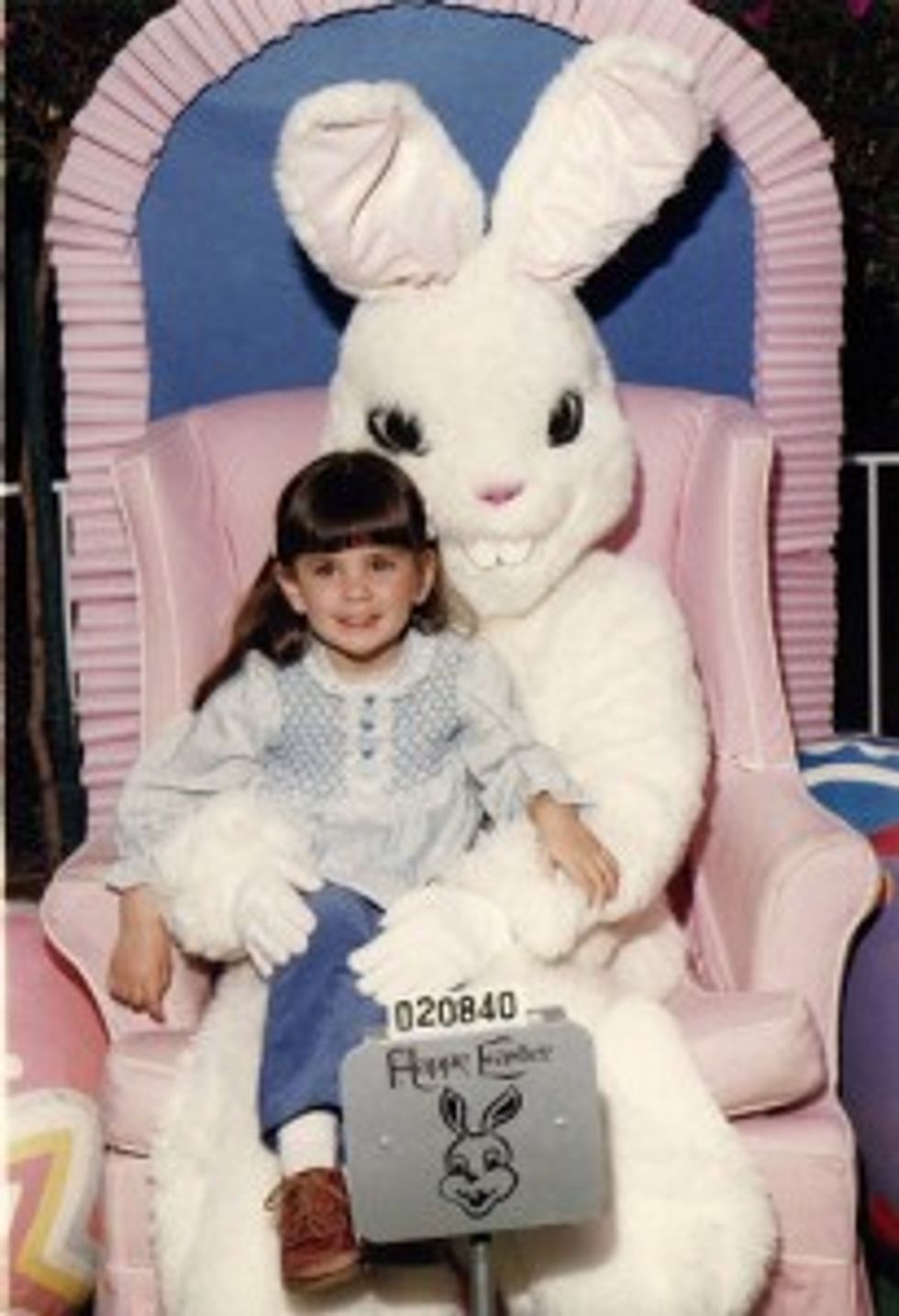 President Barack Obama, whose power tocharm crying babies has already been documented, continued his attack on America's sacred institutions today by bribing a crying kindergartener, encouraging innocent children to become literate elitists, and demonizing certain letters of the alphabet as "troublemakers," according to notes from Tampa Bay Times reporter Alex Leary, as tweeted by some journalist lady.

In "Additional color" notes for pool reporting on the White House Easter Egg Roll, Leary revealed that Obama briefly abdicated his duties and allowed a "Kid President" to blow the whistle to begin the wooden-egg race:

Leary did not note whether Kid President was also given access to the nation's nuclear launch codes; we had no idea what a dangerous precedent we set over the weekend when we briefly allowed Kid Zoom to run Yr Wonkette.

Leary also revealed that the President continued his practice of buying support by offering people Free Stuff from the Government:

On what he said to 5-year-old Donovan Frazier, the boy who was crying (Pool report. No. 2): "Here, you want the egg? You get to keep it. Shake it off Shake it off. There you go."

But did he offer young Donovan the chance to go on a White House tour? No, he did not, because he was too busy literally throwing all the Taxpayers' Hard-Earned Money at Sasha and Malia. Later, Obama "showed up with Bo the dog" and read Chicka Chicka Boom Boom to the children, describing it as one of his "favorite books."

He read in dramatic fashion. "Wheeeeee, said D to E, F, G. I’ll beat you to the top of the coconut tree." When finished, POTUS said, "Clearly, the alphabet is full of a bunch of troublemakers."

Senator Rand Paul immediately warned that he would "not tolerate drone strikes on U.S. soil on any letters of the alphabet," regardless of whether they were among those called out by Obama, or "other letters or even numerals that might be targeted by the Government."

The President also interrogated children on their reading habits, something which really should be up to parents, not the government:

POTUS: "Does everyone enjoy reading'? ("Yeah!") OK, because reading is important. If you know how to read, then the whole world opens up to you. So l want everybody to read hard, OK? Read as many books as you can. So you can be up here reading to other kids. That make sense?"