Montana Utility Commission Gonna Put Stupid Sun Out Of Business, Tell You What 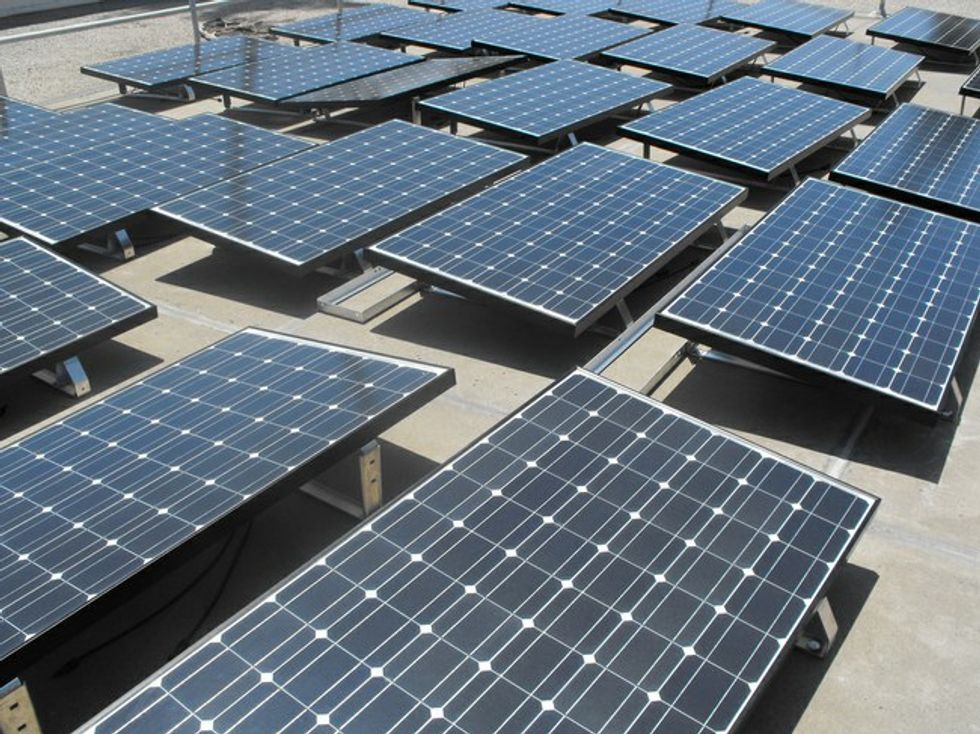 Those ping-pong tables are all slantwise. Better tear 'em out.

If you're planning on rigging the rules for just about anything, you might want to make sure you're not planning your little scheme in a room with a running video recorder. It just makes you look sloppy, and you'll never become a credible bad guy that way. As an example, consider Montana Public Service Commissioner Bob Lake, who was caught on a hot mic talking with staffers about what a terrific job the commission had done of setting up such lousy rates and contracts for small renewable energy projects that nobody would be dumb enough to ever mess with solar power. Under federal law -- at least until the Trump administration gets around to changing it to encourage home burning of coal -- regulators like the PSC are supposed to encourage renewable energy, not set up barriers against it.

Last Thursday, the commission set some nifty new rates and contract lengths for small-scale renewable producers that generate up to 3 megawatts -- enough to provide electricity to several hundred homes. Previously, the contracts for such projects had been set for 25 years; the commission decided that was too much stability for the people running them, so they changed the contract length to five years, with an option to negotiate rates for an additional five years after that. The commission also did a favor to utilities buying from such projects by reducing the standard rate paid by 40 percent. Advocates for solar and other renewables said the short contract lengths would make it difficult for developers of small projects to get financing. Duh, as if killing off small producers weren't the whole point.

Under the Public Utility Regulatory Policies Act, which has the charming acronym PURPA, states are required to set rates and contract terms that will promote the use of clean power, which is really a pain for big utilities because they don't want to have to buy power from small producers at all. And so the PSC played along last week, setting up conditions designed to make small projects fail. During a break, Commissioner Lake was caught on tape talking to PSC rate analyst Neil Templeton about how when you're a regulator in the pocket of the utilities you're supposed to rein in, you can grab small renewable companies by the PURPA and get away with it. The Billings Gazette got hold of the tape and published it Monday:

While it might be more thrilling with more talk of Tic-Tacs, the video does catch Lake and Templeton explaining how the commission moved on the small "qualifying facilities" (QFs) like a bitch: Templeton notes that the combination of the rate cut and the short contract terms ought to do a great job of keeping anyone out of the small-scale renewable biz:

“Just dropping the rate that much probably took care of the whole thing,” Templeton says on the recording, on which there’s some debate about whether the contracts should be considered 5 years or 10 years.

“Well,” replies Lake, “the 10-year might do it if the price doesn’t. And at this low price, I can’t imagine anyone getting into it.

“So, it becomes a totally moot point because just dropping the rate that much probably took care of the whole thing.”

All the video lacks is some daytraders musing about fucking Grandma Millie in the ass.

Jenny Harbine, an attorney for the Montana Environmental Information Center and a group called Vote Solar, said setting up contracts and rates that make small renewable projects economically unworkable violates PURPA. She's planning to file a motion asking the commission to reconsider the new regulations, and if they don't, her clients may complain to the Federal Energy Regulatory Commission, which last year ruled against the PSC in two other cases where it attempted other fuckery intended to hurt small renewable companies.

Ah, but Lake -- who in his earlier position as a state legislator earned a whopping 4 percent score on environmental issues from Montana Conservation Voters -- isn't worried about some silly federal law requiring states to encourage renewable energy. He explained Monday that the PSC doesn't have to really do that, because Free Market:

“No. We don’t have an obligation to assure they make money. We just don’t have that,” Lake said. “I would expect a reconsideration motion on some parts of this.”

You see, from the PSC's perspective, actually setting viable rates and contract lengths might force a major utility, NorthWestern Energy, to pay slightly higher than market rates for electricity from the small facilities, and that would be bad, bad, bad, since those rates would then be passed on to consumers. Why should ratepayers subsidize clean energy, huh? The Billings Gazette helpfully notes, however, that the costs of several hydroelectric dams purchased by NorthWestern have already been written into consumer utility rates.

We're not entirely sure that video evidence of regulators rigging rates to benefit the businesses they're supposed to be regulating will ultimately be much of a problem for Lake and Templeton. If anything, it might make a terrific audition tape for a job with the Trump administration.

Yr Wonkette is supported by reader donations. Please click the "Donate" linky! Also, go green your own bad self with a wind or solar energy plan from our partners, Arcadia Power!

[Billings Gazette via tip from Alert Wonkette Operative "Shypixel." (What, the boss's husband can't give a tip?)]