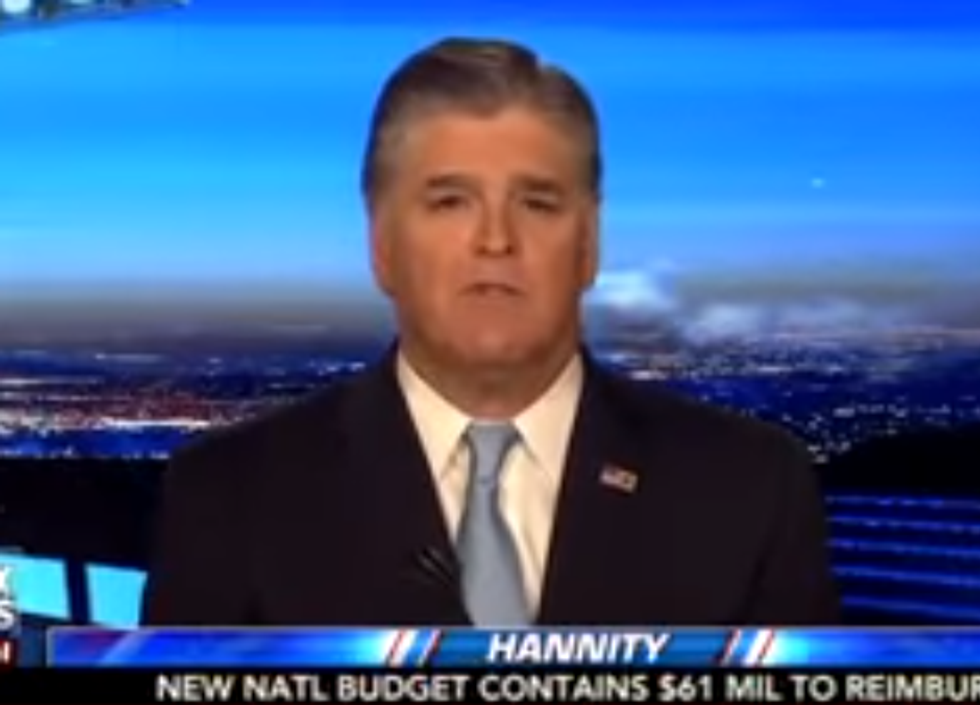 The attorney for Gloria Deason, one of the women who says creepy Roy Moore creepily "dated" her when she was a teenager, sent Sean Hannity's staff a devastating "No thanks" note in response to an interview request. It probably won't make it into any business writing textbooks, but it certainly gets the job done.

Deason was one of the first four women featured in the Washington Post story that revealed sexual assault allegations against Moore; she said Moore took her out several times in 1979, starting when she was 18 and Moore was 32. While their relationship never went beyond kissing and hugging, Deason said Moore had taken her to his home at least twice, and that as she recalls, he bought her wine before she turned 19, then the drinking age in Alabama.

There's no date on the email, so we aren't sure whether that was written before or after last Tuesday, when Hannity gave Moore 24 hours to prove himself innocent or Hannity would drop his support of Moore; by Wednesday evening, Hannity seemed to have forgotten all about the ultimatum.

In the annals of great business letters, we'd say Cobia's reply is still a little short of the greatest business letter of all time, sent by the attorney for the Cleveland Browns to a lawyer who had complained about the safety risks of fans making paper airplanes out of game programs and sailing them around the stadium:

But it was still pretty good.

Yr Wonkette is supported by reader donations. Please click here to help us in our quest to make all business communication more interesting.