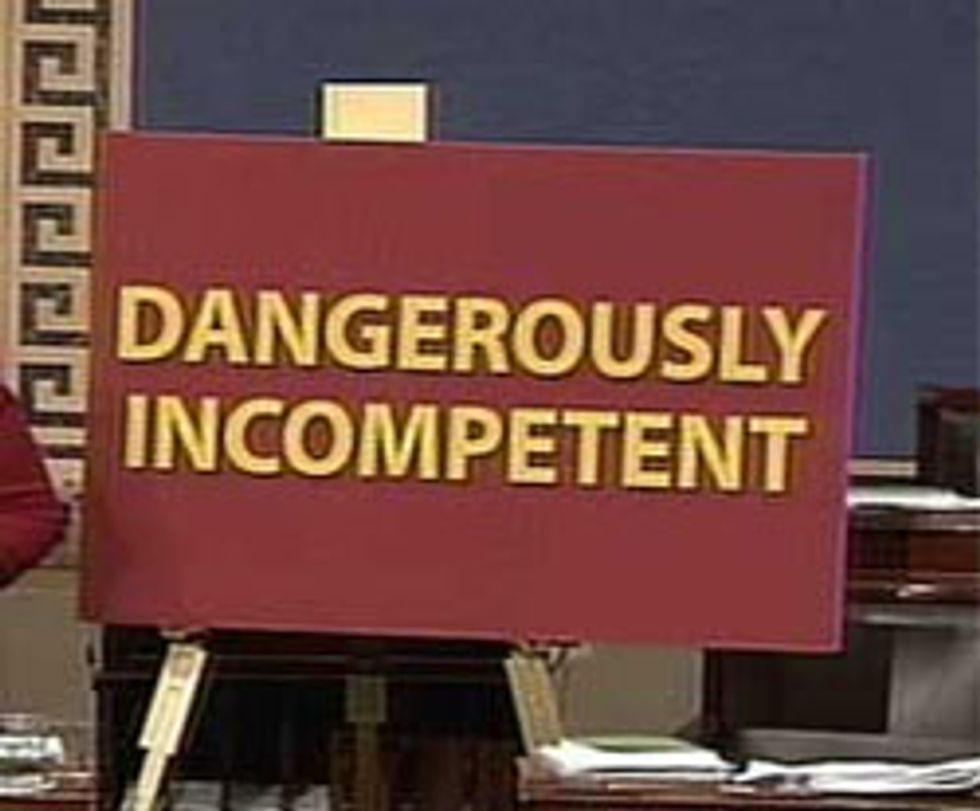 If you thought that the full chorus of national voices in the Democratic party might have no problem with -- and in fact would embrace, not merely for political reasons but also because they believe it and consider it central to whatever remains of their ideological foundaiton -- the long-promised assault on the practice of leveraged buyouts and their place within the financialization of the economy over the past 30 years and the destruction of any sort of consideration for improving the well-being of workers, all personified cartoonishly by Mitt Romney, then perhaps you've been spending too much time on Planet Earth, thinking rationally about how to win presidential elections. Severalmore national Democrats have announced that attacking Mitt Romney's Bain Capital and what it represents makes them uncomfortable. Indeed, perhaps criticizing Mitt Romney at all is simply beneath them, and it would be best for the President to resign now and campaign for an uncontested Romney victory.

It's always fascinating to watch national Democrats have months or even years to privately work out differences in preparation for a crucial moment, such as ending the high-end Bush tax cuts or attacking Mitt Romney's finance record, and then see them break down into factions as soon as the moment arrives as though they'd never considered it until then. We'd suspected that Cory Booker's me-me-me! moment on Meet the Press this past weekend would lead a conga line of squeamish Democrats with certain donor bases taking turns at the microphone to announce that the Democratic party should not criticize Mitt Romney's career, and so it continues:

Some influential Democrats on and off Capitol Hill are refusing to give President Obama political cover for his attacks on Mitt Romney’s record at Bain Capital.

Despite pushback from more than a half-dozen Democrats, the Obama campaign on Tuesday defended how it has scrutinized Romney’s business background.

Sen. Dianne Feinstein (D-Calif.), a widely respected member of Congress, stopped short of criticizing the president, but made it clear that the campaign should pivot.

Sen. Chris Coons (D-Del.) told The Hill, “I think the average American … hopes that this campaign will focus on competing visions for how to strengthen our economy, help create jobs and move the country forward.”

Pressed on whether he thought Obama’s campaign had operated within those guidelines, Coons paused.

“I’m not going to comment on President Obama’s ad,” he said, shaking his head vigorously.

Dianne Feinstein has been famously terrible for decades, and Chris Coons represents an actual bank colony, and there will be more of them, soon. Their values compel them to speak out!

It's fundraising and Citizens United, here. The party just can't turn hard on high finance in an effective way, at all, now; they're owned and who knows what the solution is. And if Obama does continue with this attack, at some point he'll need to make it more credible by pairing it with new, specific policy proposals tailored at the industry, because right now, reports saying "Democrats have accepted far more than the GOP in political donations from executives at Bain Capital" suggest something of a credibility gap that will prevent such attacks from sticking. Will he? Let the record show that he has been known to half-ass critical things.

What we're saying is that maybe leaders of the Democratic party should think things out before a presidential election season instead of just mumbling and being confused for six months. There are little splits between party factions on a bunch of issues, sure, but if it's on something this central and the factions don't iron out their differences, then that's something of an existential crisis!