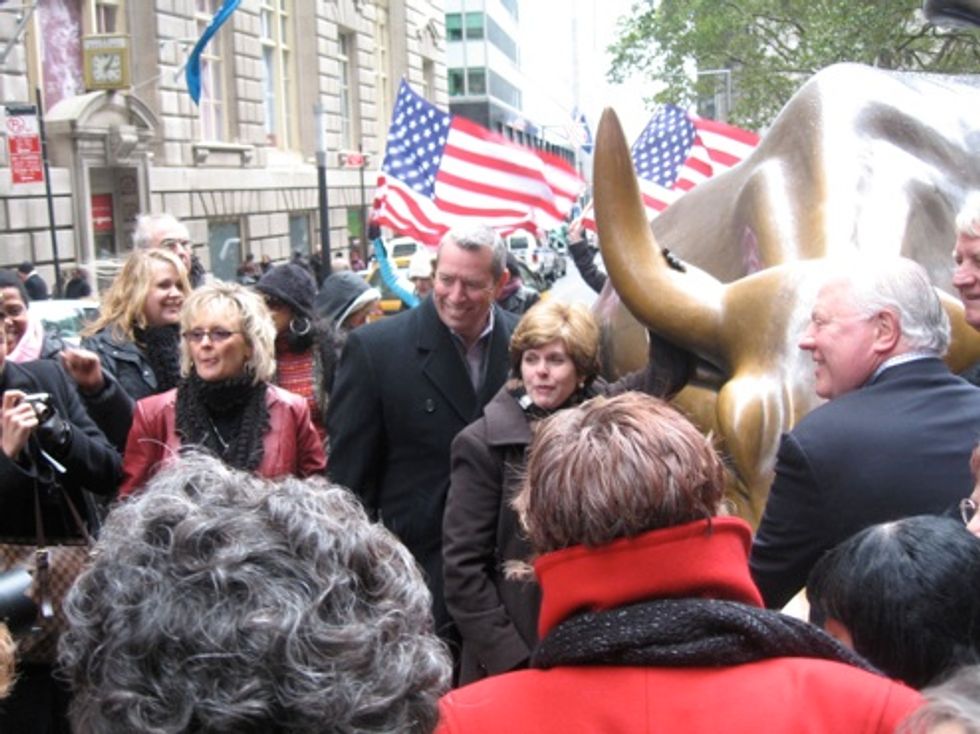 They consoled each other after they realized that they were just as poor as they had been after praying to the bull as before. Do they know that this bull is an Artistic Joke that actually mocks the greed of those who come to worship it? That is not a question worth asking.

Well there's a blonde gal blowing into a fucking goat horn from the Hobbit movies. Our guess is Meghan McCain.

Ah, so she's not even with the crowd at all, just trying to annoy the few money-people still employed in their work towers. Definitely Meghan McCain, who despises employment in general.

Here's Meghan leading a paean to this "America" she supposedly wants God to nationalize. Run around the bull with those flags three times, kids, and the bull's eyes will glow emerald green; it will snarl, utter a gutteral, ancient demon roar, "RRRRRRRROOOOOOOOOOOOOOWWWWWWWWWRRRRRRRRRR," and fucking kill all of you with nose-fire. Do not anger this sleeping monster.