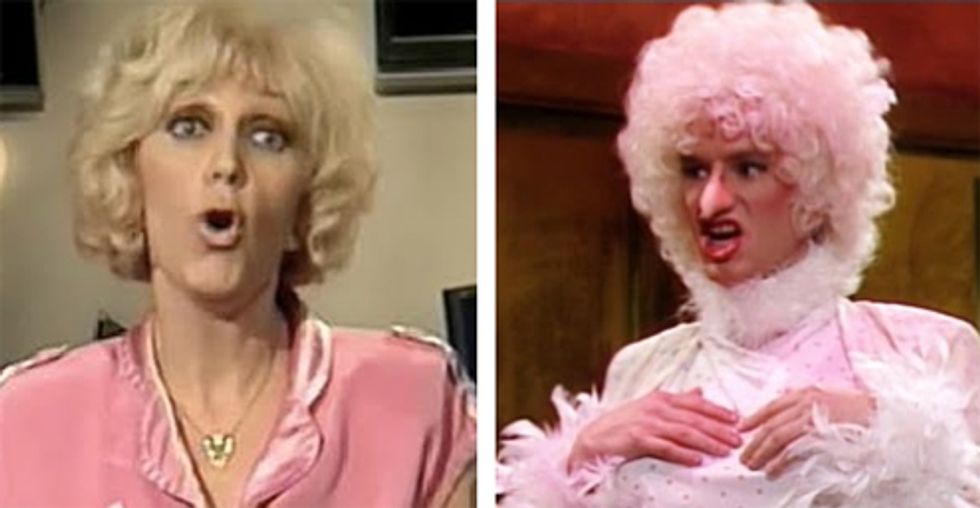 We thought that nothing could make us happier than the news that Victoria Jackson was running for local office in Tennessee. But now we see that Birth Certificate Goddess Orly Taitz, DDSquire, has filed to run for Attorney General of California. We don't know what we did to deserve this bounty, but we thank the Great Cosmic Whatever and hope that our luck holds. Her press release is modest enough, and of course asks for money, because once she wins the primary, she still has to face incumbent A.G. Kamala Harris, $3 million in her war chest. On the other hand, Orly has the TRUTH about Barack Hussein Obama's birth certificate and his forty-eleven Social Security numbers, so it's probably a toss-up at this point. But please be generous, because Orly just spent $10,000 in fees to get on the ballot.

She even has what may be the blandest campaign website in the current election cycle, because again, when you are as serious a candidate as Orly, you do not need a fancy flashy website. Her campaign bio lays out the facts in their stark simplicity, in plain, simple something-like-English:

Dr. Taitz was born and raised in the Communist Soviet Union and knows firsthand the bleakness of the totalitarian regime and depravation of the Constitutional rights. As Mr. Obama became US president, Dr. Taitz got deeply concerns by the fact that he refused to present any of his original vital records and by the fact that the issue of Mr. Obama’s dual citizenship and split allegiance was not heard in any court of law yet.

It is inspiring to know that we have such a patriot among us, willing to take on the treachery of the foreign-born, whose loyalty to our great land must always be questioned.

But what is her platform, you might ask, and was it erected in accordance with OSHA rules? You will be glad to know that if elected A.G., Orly will pursue an agenda befitting her reputation: the woman who insists that Barack Obama is not Constitutionally eligible to be president promises to pursue an agenda based on the principle of state nullification of federal laws the state doesn't like -- which is, of course, unconstitutional, but only for illegitimate interpreters of the Constitution, like, say, every federal court since pretty much the Civil War. Here are just a few of the federal laws and policies California will nullify under A.G. Taitz:

Yes, you read those last two correctly: She's going to ignore EPA rules, but also ignore trade agreements because they're bad for the environment.

(Yes, we know: pot laws and Colorado are nullification too, and we can be hypocrites too.)

And, of course, she'll prove that Obama is actually a citizen of Indonesia/Kenya.

Better luck this time than in your Senate run, Ms. Doktor Taitz Esq! We can hardly wait for the debates!

Important Update!Sent to us via special Wonkette Operative "W" (not that W), and copied verbatim from the Tipline:

Follow Doktor Zoom on Twitter. He would not trust any omelets made by Orly Taitz, if you get his drift.