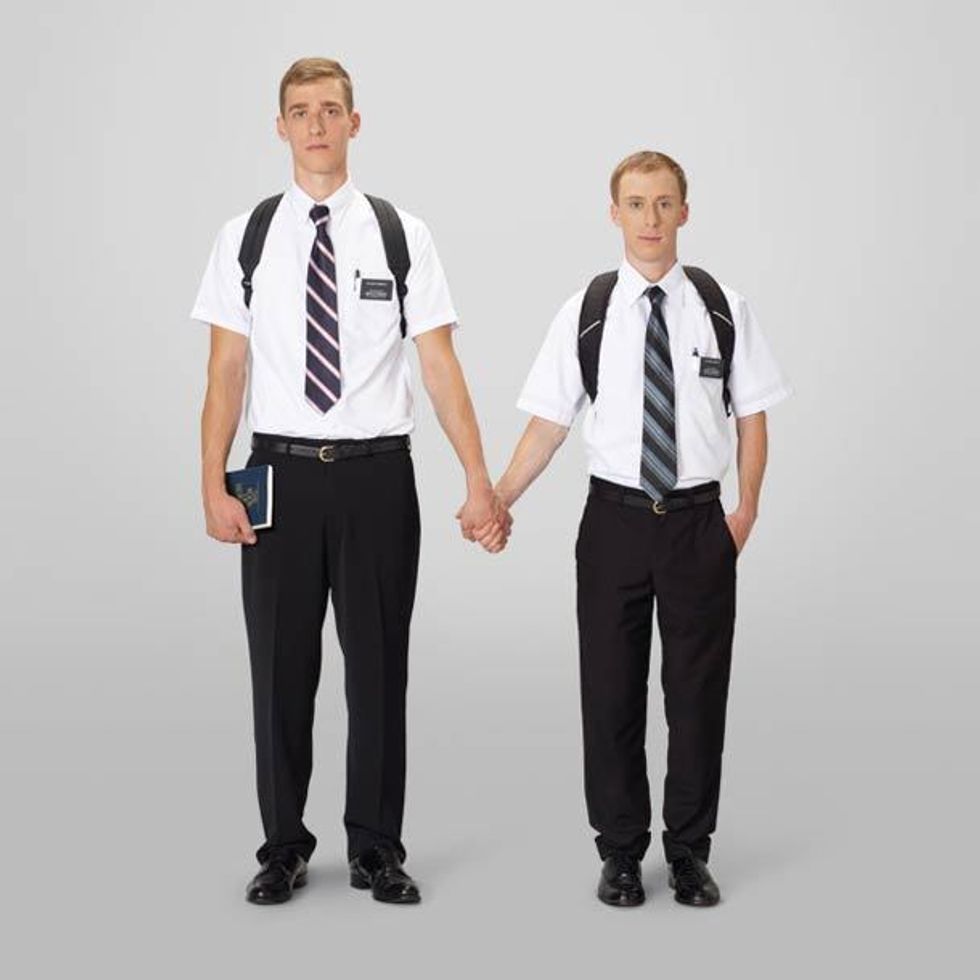 So here's a sentence we never would have predicted we'd type: Leaders of the Church of Jesus Christ of Latter Day Saints have come out (ahem!) in support of a Utah law prohibiting discrimination against LGBT people. Not surprisingly, there's a catch -- they also want to make sure that "religious freedom" is not infringed by any such nondiscrimination law.

Tell us more about this seeming madness, Salt Lake Tribune!

This is where Yr. Wonkette breaks in and notes that lady people are not allowed to be "apostles," because the angel Moroni doesn't play that way. But let us look at their important statement!

"We call on local, state and the federal government," Oaks said in a news release, "to serve all of their people by passing legislation that protects vital religious freedoms for individuals, families, churches and other faith groups while also protecting the rights of our LGBT citizens in such areas as housing, employment and public accommodation in hotels, restaurants and transportation — protections which are not available in many parts of the country."

Mormon officials "believe laws ought to be framed to achieve a balance," Oaks said, "in protecting the freedoms of all people, while respecting those with differing values."

Utah is currently considering two bills on the matter: one would protect LGBT rights, and the other would protect the "religious freedoms" of citizens, protecting the right of individuals to refuse to perform same-sex marriages, "or provide services based on their faith." So no pharmacist would ever have to fill contraceptive prescriptions for sluts, obviously.

As far as we can tell, the LDS elders didn't address what's supposed to happen when those two bills crash into each other -- fine, no one can be forced to do a gay marriage. But what if God tells you that renting an apartment to a gay couple would be a sin?

Elder Oaks did make a fine statement about how awful religious discrimination would be, however:

"When religious people are publicly intimidated, retaliated against, forced from employment or made to suffer personal loss because they have raised their voice in the public square, donated to a cause or participated in an election, our democracy is the loser," said Oaks, a former Utah Supreme Court justice. "Such tactics are every bit as wrong as denying access to employment, housing or public services because of race or gender."

It would be just as bad as discriminating against gays, even! Honestly, we want to give the Mormon leaders the benefit of the doubt for saying some good things; Ms. Marriott condemned "centuries of ridicule, persecution and even violence against homosexuals," and said that "most of society recognized that such treatment was simply wrong, and that such basic human rights as securing a place to live should not depend on a person's sexual orientation." So that sounds pretty darn forward-thinking.

But again, the other part of what they're calling for seems custom made to provide such a broad exception to the antidiscrimination provision that it would be next to meaningless -- hey, sorry, Jehovah is very clear that serving a sandwich to an obvious lesbian is an abomination, so get out.

For what it's worth, state Senator Jim Dabakis, the only out LGBT member of the Utah State legislature, is pretty pleased with the announcement; his office released a press statement saying,

I am proud that the LDS Church has seen fit to lead the way in non-discrimination. As a religious institution, Mormons have had a long history of being the victims of discrimination and persecution. They understand more than most the value and strength of creating a civil society that judges people by the content of their character and their ability to do a job."

So there's that, at least. If nothing else, it looks like the next few years may be a great time to be a lawyer in Utah.