Morning Maddow: It's Anonymous Versus 'ISIS' In Battle Of The Nerds (Video) 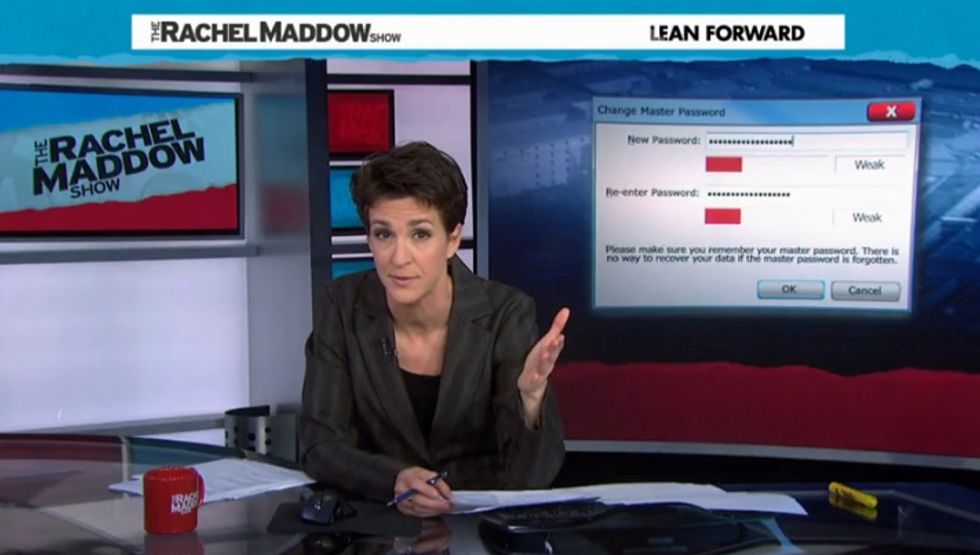 Monday, somebody claiming to be affiliated with ISIS -- or at least friendly to them -- briefly took over social media accounts for the Pentagon's Central Command, and posted some stupid threatening-sounding stuff about jihad, as well as a bunch of documents they claimed were classified, but were actually publicly available information. No real security breach, but weird and scary.

Rachel Maddow has the backstory, and it's pretty fascinating -- the hackers staged a trial run against the Albuquerque Journal's website, and while they did take it over, they still couldn't shut down the paywall. And then there's Anonymous, those anarchic oddballs with the Guy Fawkes masks, who are carrying out a series of vigilante hacking/spoofing attacks against websites and accounts associated with radical Islamic groups as revenge for the attack on the offices of Charlie Hebdo in Paris. Does it all amount to more than a hill of pixels? Hard to say that it's much more than juvenile harassment and sniping -- but it's another reminder of what a deeply weird place the internet is.

And here's a quick bonus: Rachel being entirely too delighted at saying that Sen. Tom Coburn has left Congress. She's positively beaming. And now, that veterans' suicide-prevention bill that Coburn blocked all by himself can finally get passed.