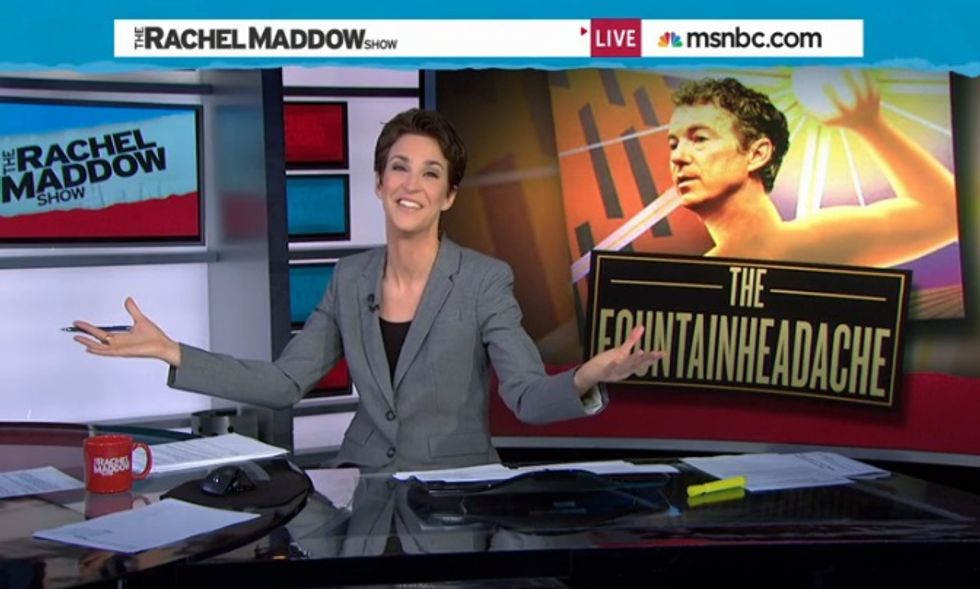 Here's a weird thing that Rachel Maddow noted as part of her wrap-up of post-election silver linings the other day: Due to a Kentucky law prohibiting candidates from appearing on the same ballot for two offices, Rand Paul can't run for both President of the USA and for re-election to the Senate. Dude's awfully pumped to run for Preznit, but he also knows in his heart that he's never going to be Preznit, and so he'd really like to run to keep his current job in the Senate. Kentucky Republicans had hoped to take the state House so they could just change the law and help Aqua Buddha out, but the voters were not at all compliant, and the House remains stubbornly Democratic. (Don't they realize this was a wave election, and they are required to stand down for the new Permanent Republican Majority? Apparently not.)

And so the Rand Paul people and Kentucky Republicans are scrambling to figure out ways around this terribly unfair law that will not let Rand Paul do exactly what he'd like to do. Expect this story to get even stupider before it's resolved!