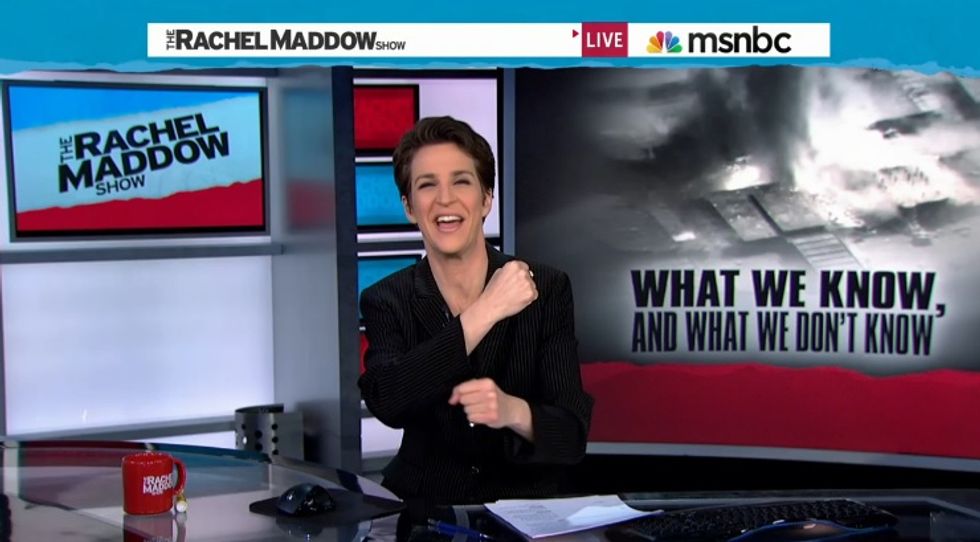 Congratulations, Republicans! You've been running both houses of Congress for a month now, and so far, you've failed to pass your own bills on abortion and immigration, but at least you did pass a bill to demand building the Keystone XL pipeline -- the same month as five other pipelines in the nation exploded or ruptured. And the House voted for the 56th time to repeal/restrict/delay Obamacare, so there's that.

It might be useful, however, if Congress would consider taking a vote to authorize (or not) the war we've been pursuing against ISIS for six months. Maybe Congress actually will try at least debating that, seeing as how the power to make war is supposed to be its job.

And then there's the matter of captured aid worker Kayla Mueller, who ISIS conveniently claims (with zero credibility) died in Jordanian airstrikes Thursday on ISIS targets -- over a hundred miles away from where Jordan actually bombed ISIS. Given ISIS's habit of lying, there's no telling whether Mueller is alive or dead; Maddow is appropriately disgusted with news organizations that repeat ISIS claims uncritically.

Yr Dok Zoom is hoping, probably in vain, that Mueller may still be released alive -- she seems like the very best kind of young American, who went to give comfort to people in a terrible situation to volunteer with Doctors Without Borders. We're thinking good thoughts for her parents. Maddow's interview with Andrea Mitchell is genuinely touching. Mitchell notes that all the young women working with her at NBC identified with Mueller and were heartbroken at the claims of her death. This is good, smart, human reporting. Watch.