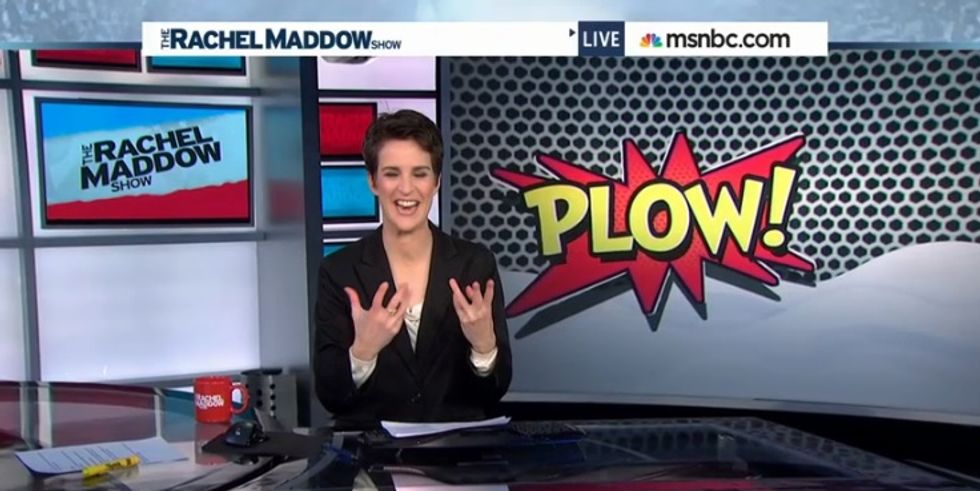 Monday's Rachel Maddow Show was of course all Snowmageddonghazigate, and they started the hour with Rachel freezing outside at Rockefeller Center. Happily, unlike Chris Hayes, who had to do his whole show outside, Rachel has enough star power to get herself back inside after the first commercial break, and so here she is telling us that she can't feel her hands, and then getting down to the serious business of talking about how the only time one of America's three biggest cities had a female mayor (Jane Byrne in Chicago) came to office largely because her predecessor just plain couldn't handle the giant snowstorm of 1978. And so there is much talk of snow and politics, as well as file footage of then-Governor Michael Dukakis in a perfectly darling sweater. "He's a Von Trapp!"

And then there was New York's former Mayor John Lindsay and the blizzard of 1969. Maddow notes that people talk about "the Blizzard of '78" for one storm, but in New York, it was not the "Blizzard of 1969" -- it was the "Lindsay Blizzard." Then again, maybe talk of a blizzard of '69 would just be too saucy.