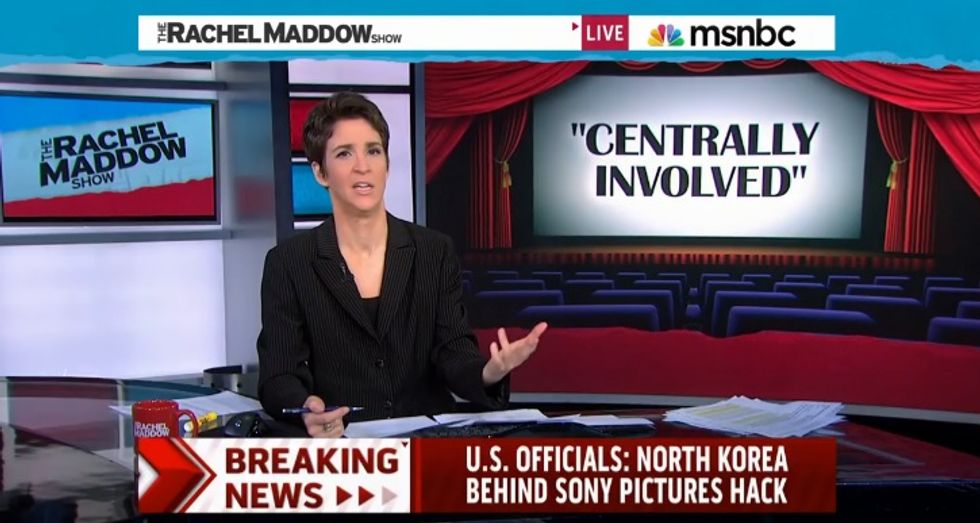 Have you been following the probably-North Korean cyberattack on Sony Pictures, with the attendant releases of stolen emails and bizarre threats? We have, some, and although we aren't particularly worried about what Scott Rudin said about Angelina Jolie, and have no desire to download a pirated pre-release cut of Annie (that may also be filled with botnet worms), the sheer weirdness of the hack definitely caught our attention. Wednesday, after the purported hackers threatened to unleash some kind of deadly real-world attack, Sony said it would not release that Seth Rogen-James Franco movie about assassinating Li'l Kim, and that took the strangeness up to eleven.

Here's Rachel Maddow to explainer all the cyberstrangeness for you. Are we at cyberwar with North Korea? Will your local Cineplex become a sea of nuclear fire, or just flame wars? Your cyberguess is as good as ours!