Morning Maddow: Who Is This Charlie Hebdo Guy Anyway? (Video) 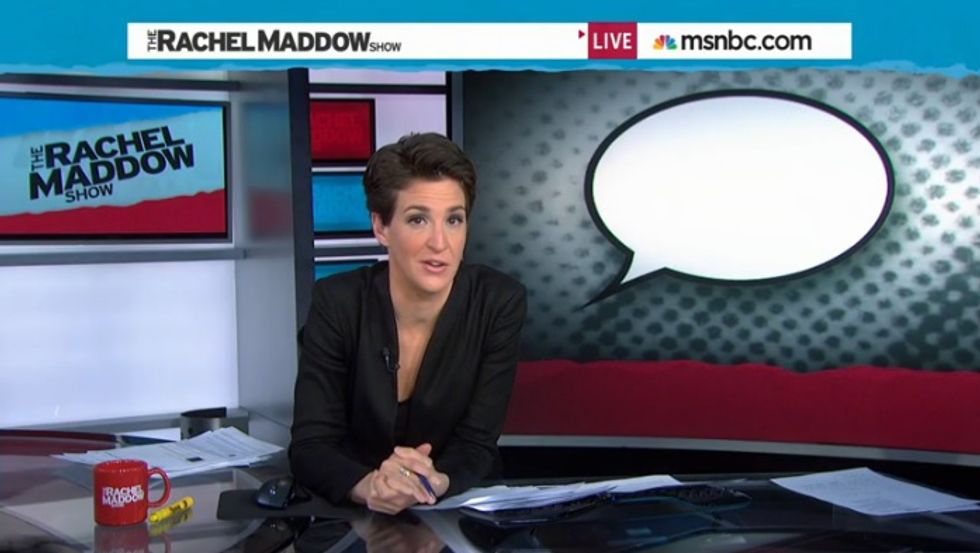 Wednesday's Rachel Maddow Show was, understandably, all about the Paris massacre. This segment is a brief look back at the history of the French satirical magazine Charlie Hebdo and its penchant for tweaking the powerful and the self-important, which is apparently something people get killed for now. Maddow interviews American cartoonist Jeff Danziger, who will forever have a place in Wonkette's heart for his unpublished cartoon of Dick Cheney flushing a condom with George Bush's face on it. Danziger puts it nicely: If these guys sought to terrorize anyone, they failed, since Charlie Hebdo kept publishing even after being firebombed in 2011. Murderers, definitely, but they're only terrorists if we let them terrorize us.