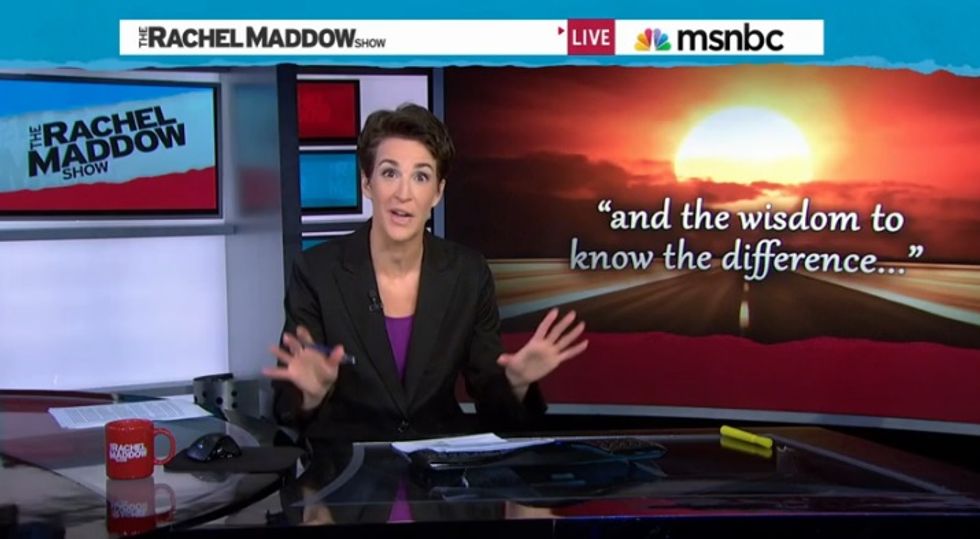 Rachel Maddow brings us this lovely follow-up to her Tuesday-night WTF at Senate Democrats' decision to just give up on confirming Loretta Lynch as attorney general. Get ready for more WTF: The Senate isn't apparently going to confirm any of the 160 Obama nominees, but as a special favor to Louisiana's Sen. Mary Landrieu, it will schedule a vote on the Keystone XL pipeline, which will of course not actually help Landrieu win her Dec. 6 run-off against Bill Cassidy, because why would oil-lovers go for Landrieu when they can have the guy who actually sponsored the thing in the House? Maybe Senate Democrats are thinking of the upside? Passing the Keystone XL may not really help Landreiu, Maddow, notes, but hey, it will

kinda screw the environment, give the Republicans what they want, upset the Democratic base, set up the President up for a painful presidential veto, and split the Democrats in Congress and depress Democratic donors. Why wouldn't we do it? Honestly, it will win Democrats nothing -- at great cost.

Does it have to be this way? Maybe Senate Dems could try confirming Surgeon General nominee Vivek Murthy? Sure, the NRA's against it, but they will be against Democrats anyway, for godssake. Maddow warns, "Doing what Republicans and Republican interest groups want because you think then they'll be nice to you because you gave them what you want -- that is the original sin of this era of the Democratic Party."

Senate Dems have 15 working days left to accomplish something. Could they maybe not just roll over and hope the Republicans will give them a belly rub? (For blue dogs, they don't seem especially familiar with canine behavior!)

This is first-class Angry Rachel, and it's wonderful, and, dare we say it, she sounds like she's been reading Wonkette.

This segment's a two-parter on the MSNBC website, so here's part 2: