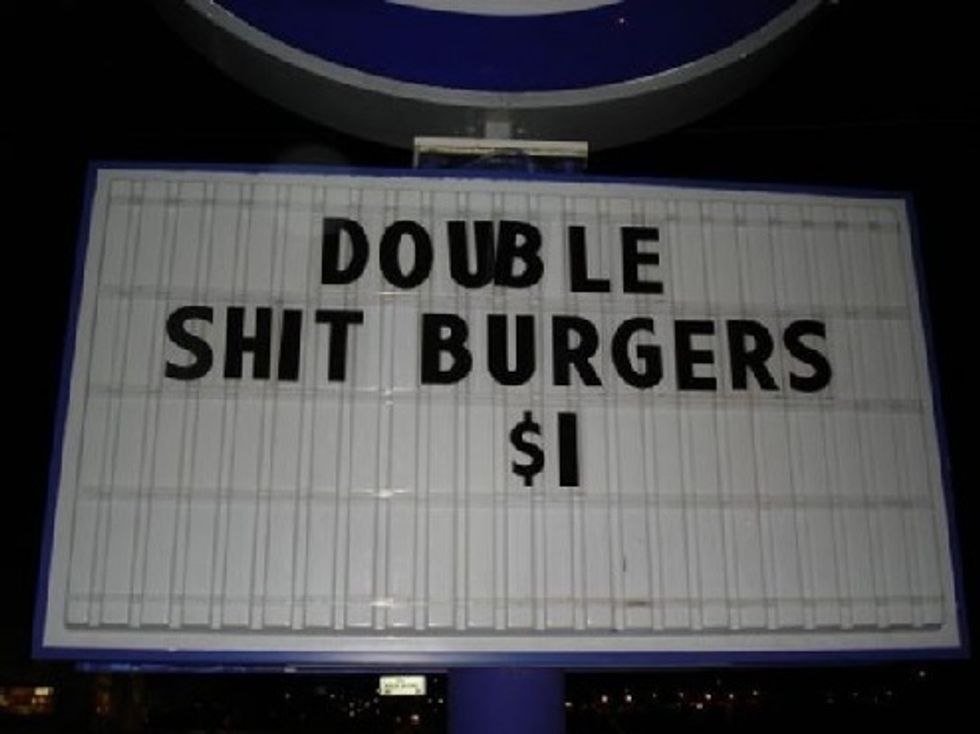 Fluff the pillows on the National Rightwing Fainting Couch and charge up the Orbital Outrage Cannon: Sarah Palin's good name has been tarnished by the Lamestream Media! It is true! After the tea party's guiding intellectcompared the national debt to slavery (because obviously if something isn't Hitler it has to be slavery), MSNBC talky guy Martin Bashir called her a "world class idiot" (science fact) and said that "it’s hardly surprising that she should choose to mention slavery in a way that is abominable to anyone who knows anything about its barbaric history” (also a science fact). He then read an excerpt from the 18th-century diary of a plantation overseer that mentioned some of the creative ways they'd punish unruly slaves, including forcing them to eat each other's feces. But where Bashir went over the line was in suggesting that because she is obviously ignorant of the realities of slavery, Palin might benefit from similar treatment, which makes Martin Bashir the worst baddest most horriblest man who ever lived.

The entire episode is ridiculous of course, because it's not as if Sarah Palin was trying to run away or learn to read. Doesn't Martin Bashir know anything about slavery?

Bashir read from the diary of one Thomas Thistlewood, an overseer on a plantation in Jamaica:

“What is most shocking about Thistlewood’s diary is not simply the fact that he assumes the right to own and possess other human beings, but is the sheer cruelty and brutality of his regime,” Bashir added. “In 1756, he records that a slave named Darby ‘catched eating kanes had him well flogged and pickled, then made Hector, another slave, s-h-i-t in his mouth.’”

“This became known as ‘Darby’s Dose,’ a punishment invented by Thistlewood that spoke only of inhumanity. And he mentions a similar incident in 1756, his time in relation to a man he refers to as Punch. ‘Flogged Punch well, and then washed and rubbed salt pickle, lime juice and bird pepper, made Negro Joe piss in his eyes and mouth,’” Bashir recited.

See, this is where Bashir could have stopped and asked exactly how any aspect of national debt resembles these realities of slavery. But being a teevee guy, he had to take that next step:

“I could go on, but you get the point,” Bashir said, concluding “When Mrs. Palin invokes slavery, she doesn’t just prove her rank ignorance. She confirms if anyone truly qualified for a dose of discipline from Thomas Thistlewood, she would be the outstanding candidate.”

And so now we now have to listen to a litany of butthurt about how Martin Bashir wants to shit in Sarah Palin's mouth -- just like in this television documentary about antebellum New Orleans -- instead of keeping the focus on the stupid shit that comes out of it. Frothing radio mouth Mark Levin did his part to raise the level of discourse, asking,

In any case, Yr Wonkette is strongly against forced coprophagia -- and any other "creative" humiliations you might come up with for the half-term grifter, commenters, kindly leave well enough alone -- and pretty much squicked out even if it's consensual. We've read Gravity's Rainbow, and that one scene was quite enough, thank you very much.