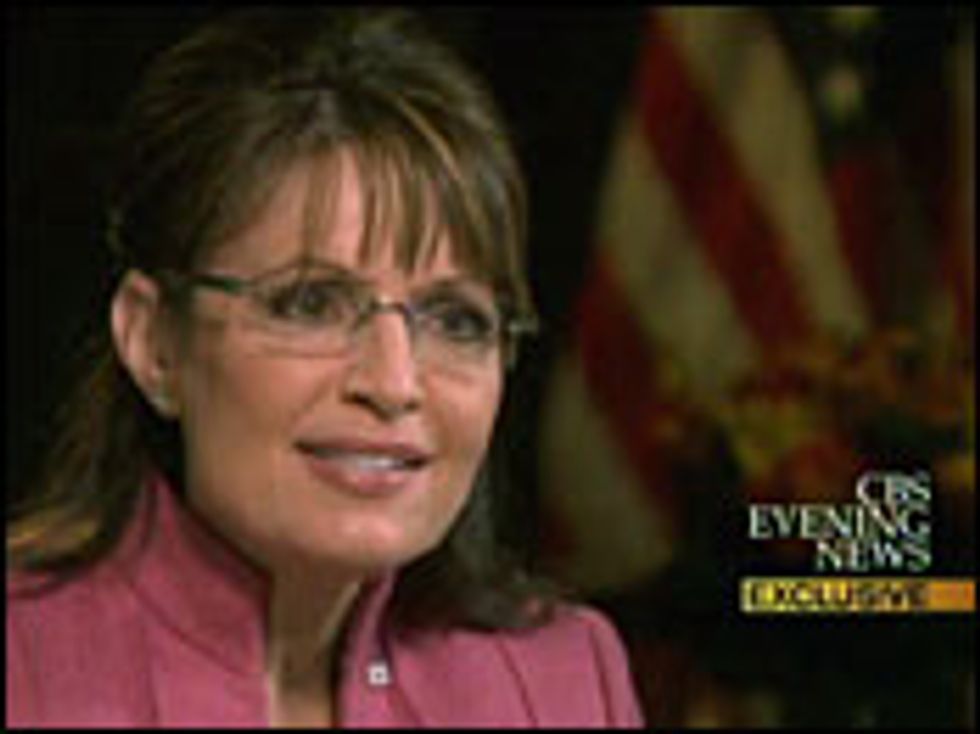 A couple of days ago, Jonathan Martinmentioned a particularly disturbing SECRET video that CBS News was sitting on from the ongoing Couric-Palin Sessions. Palin, supposedly, was asked some question about the Supreme Court and couldn't discuss any other case beyond Roe Vee Wade: "There was no verbal fumbling with this particular question as there was with some others, the aide said, but rather silence." Of course Jonathan Martin and his media vulture friends are all rumormongering liar Muslims who like smearing Palin because of racism and blood fetish. Then again, CBS has released some of the questions Couric asks in tonight's installment, and one of them is: "Why do you think Roe v. Wade is a good or bad decision? What other Supreme Court decisions do you disagree with?" Ruh roh. Although maybe Palin was only silent because CBS then started airing the Michelle Obama Whitey Tape?? [TPM Election Central]