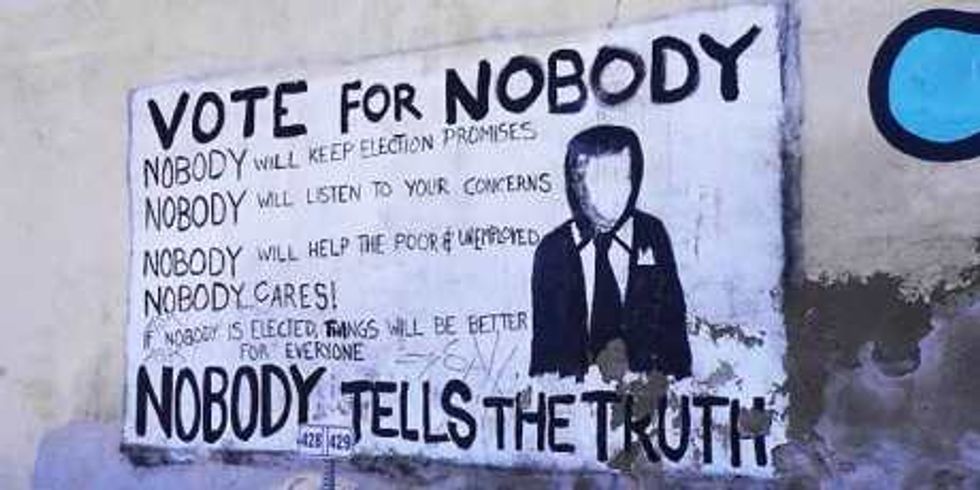 Perhaps the only organization more press release-happy than MoveOn.org is the Nader-Gonzalez campaign, and for that reason alone they should be dumped in a pit of half-rotten venomous snakes with Joe Lieberman and set on fire, slowly. But also! They have a new press release with statistics that show, somehow, that Ralph Nader will maybe siphon offMcCain voters and give Barack Obama and even bigger lead in the general election. Huh?

Here is what the press release says:

Contrary to conventional wisdom, Ralph Nader's presence on the ballot in 2008 actually helps Democratic Presidential Candidate Barack Obama, according to at least five national polls conducted over the past three months, as well as a Florida poll conducted last week and a Virginia poll this week.

In each of the national polls, Obama's spread over Republican candidate John McCain widened by an average of more than 3 percent when Nader and Libertarian presidential candidate Bob Barr were included on the menu of choices.

Nader appears to be more of a factor than Barr. Nader was ahead of Barr in four of the polls and tied in the other. On average, Nader polled 2 percent higher than Barr.

Hmm, well, whatever! You know who's singlehandedly responsible for the Iraq War AND the waning of American significance in the world AND our enormous debt burden AND also now the biggest financial crisis in the history of ever, which will put the final nail in the coffin of America's status as a reputable first-world nation? Ralph Nader, that's who.